Match worn Israel 1996/98 long sleeve home shirt, worn by center back Arik Benado #7 in the international friendly match against Germany on February 26, 1997 at Ramat Gan Stadium. Germany won the match 1-0 with a late goal from Dariusz Wosz in the 85th minute.

Future Maccabi Haifa captain and legend Arik Benado had a very successful career with the national team, making a total of 94 appearances across more than 12 years from 1995 to 2007, and is the player with the 3rd most caps for the national team (behind only Yossi Benayoun and Tal Ben Haim). This match was only his 8th cap. Unusually for a center back, he wore the #7 shirt, while wearing #4 his entire club career. This is because Israel played with 5 defenders in this match (5-3-2 formation), and in those times all starting players were assigned shirts from #1-11, and so he ended up with this "odd" number.

This was one of Israel's first matches in their second spell with Puma as the kit supplier, following the first one from 1985 to 1991. Puma would end up being Israel's kit supplier for 12 years in this second stint, which lasted from 1996 until 2008. Israel and Puma are currently in their third spell, which started in 2018. An interesting fact is that this was Israel's last ever kit which did not have a front number, as in the following set of shirts (1998/2000) it was already present.

I find this retro shirt very beautiful, with the design featuring a puma hologram all over the shirt. As of the writing of this post, this is the oldest shirt in my collection. 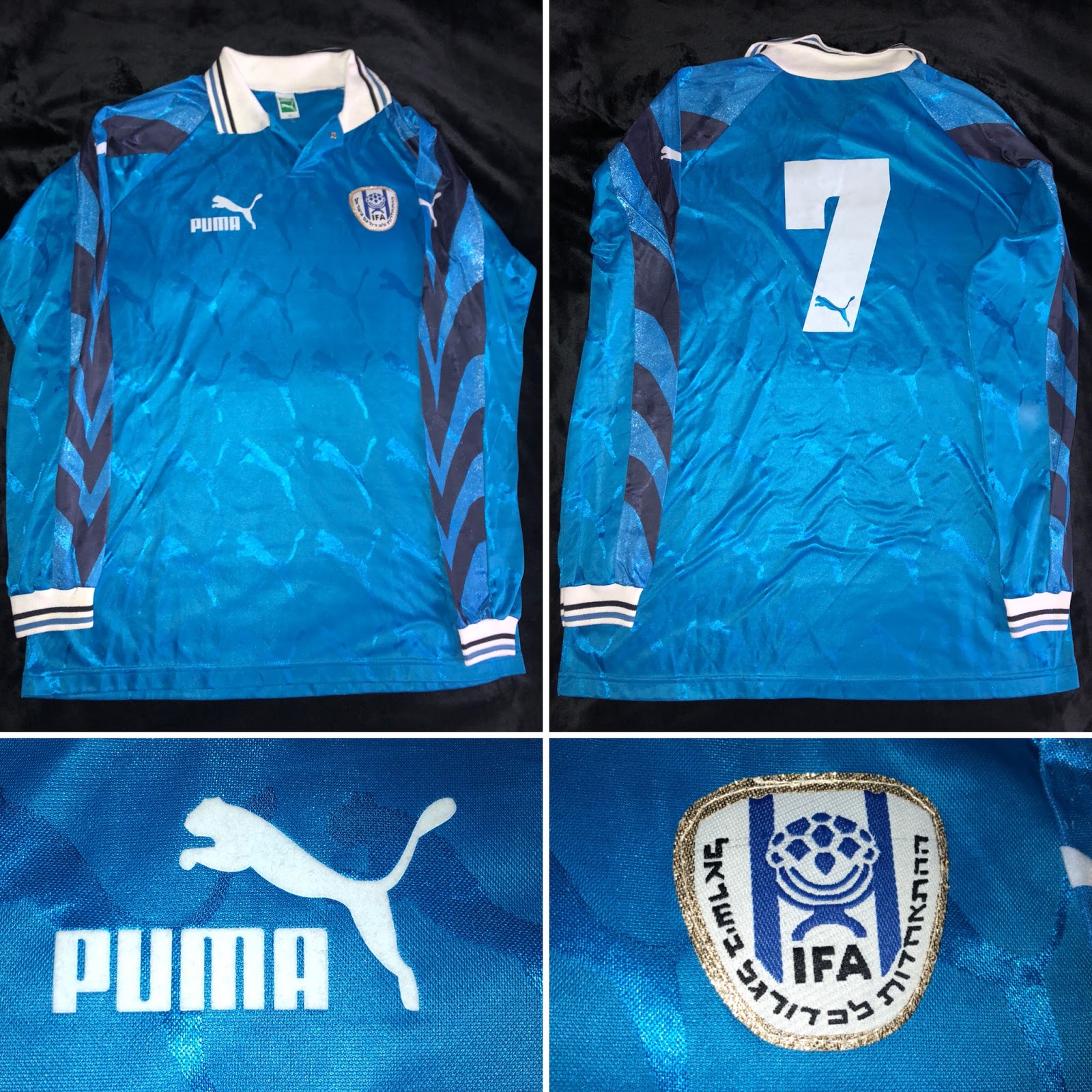