Match issued Maccabi Haifa 2013/14 goalkeeper shirt, issued to Israeli backup goalkeeper Amir Edri #22 for a Europa League group stage match during the season. Edri only made one appearance in the Europa League this season, playing in the last group stage game, a 2-1 win against Shakhter Karagandy at home when there was no chance of qualifying further, and wearing a long sleeve shirt.

This light blue GK shirt was one of four different GK kits worn during the season, with the others being black/purple, orange/yellow and plain black. While it was used less in the league, this blue kit was the most often used kit in Europe this season as it was worn in 7 of the 12 European matches.

Edri is a Maccabi Haifa youth team product, and remarkably spent his entire career (2002-2015) as a backup goalie for the team (he was also out on loan twice), serving mostly as second-choice goalie and at times also as third-choice goalie, with Nir Davidovitch, Bojan Saranov and and Vladimir Sojkovic being the first-choice goalies during this period. He made a total of 69 appearances in total for the club over the years, of which 38 were in the league. In this season, he made 10 appearances in the Israeli league and one in the Europa League group stage (11 appearances in total in 2013/14).

This is my second Maccabi Haifa GK shirt, as I also have a match worn Nir Davidovitch Champions League shirt from 2009/10. 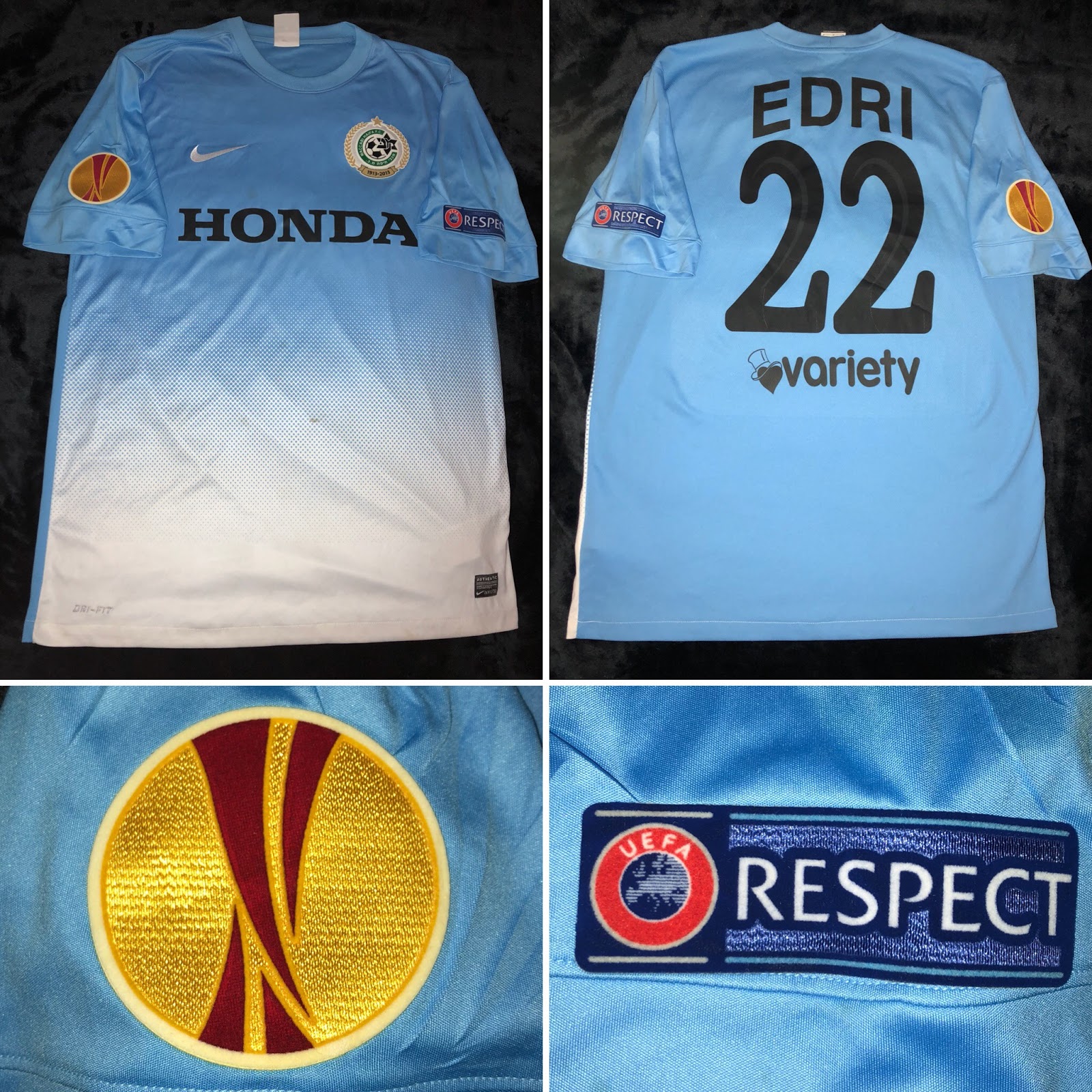