June 16, 2019
Match worn/issued Maccabi Haifa 2011/12 home shirt, issued to or worn by Croatian striker Danijel Cesarec #9 in an Israeli Premier League match. Cesarec joined Maccabi during the winter transfer window, following the departure of the previous #9, Georgian striker Vladimir Dvalishvili in the same transfer window. Cesarec's spell with Maccabi was not very successful, scoring only one goal in 9 matches played in total (8 in the league, one in the State Cup) in the second half of the season, before being released by the club at the end of the season. His one goal was a very important one, however: it was a 93rd minute equalizer (1-1) against local rivals Hapoel Haifa, salvaging a point in the important Haifa derby.

Incredibly, after several years of collecting, this is my first match worn/issued Maccabi Haifa shirt from the Israeli league, as I focus my collection on shirts from European matches. 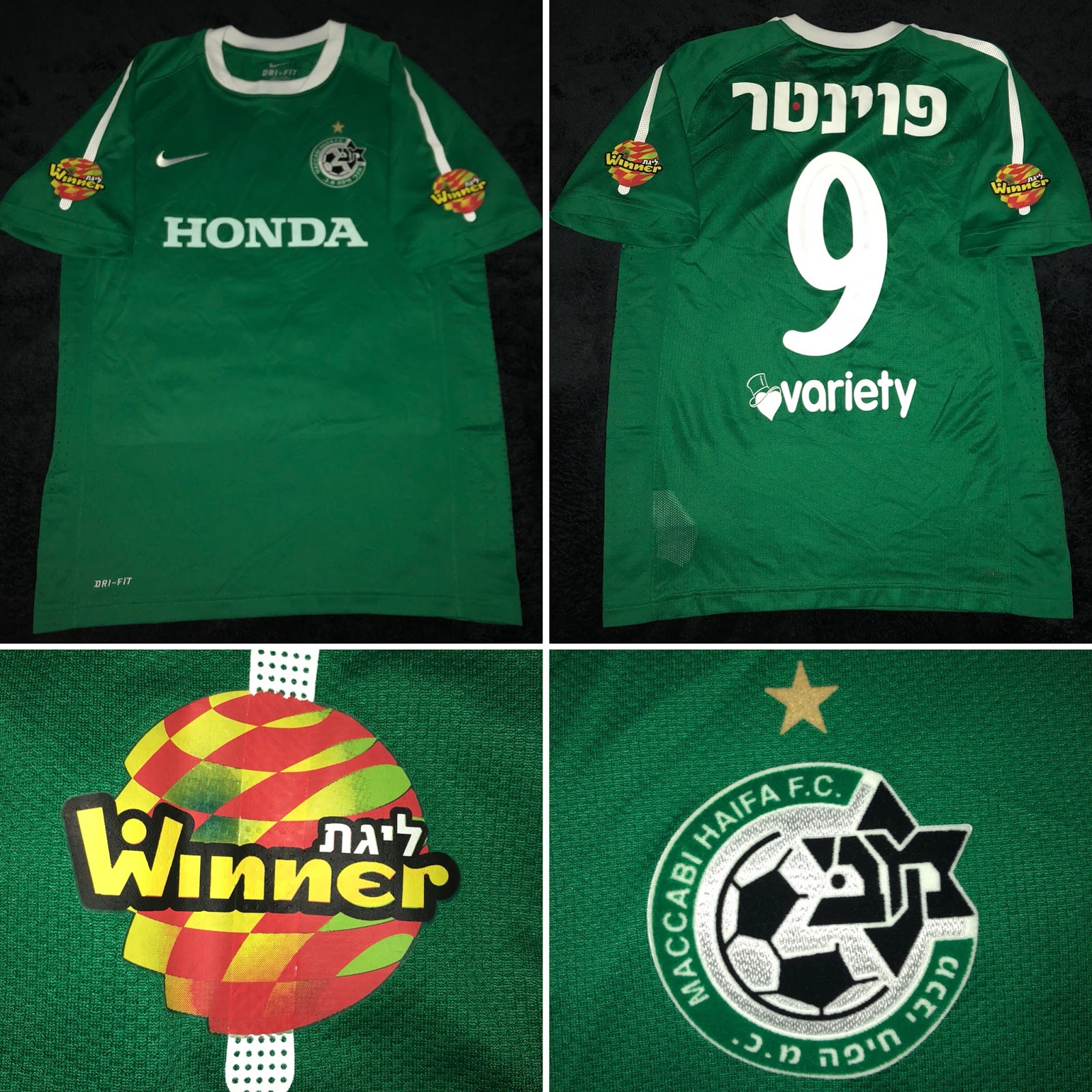