Match worn Maccabi Haifa 2009/10 long sleeve home shirt, worn by Israeli striker Shlomi Arbaitman #19 in the Champions League group stage match against Bayern Munich away at the Allianz Arena on November 25, 2009. Arbaitman came on as a substitute in the 63rd minute as Maccabi lost the match 1-0.

Arbaitman joined Maccabi Haifa in the summer of 2005 from Maccabi Petah Tikva at the age of 20, playing 5 seasons for the club. While his first seasons were unremarkable, his last season at the club - 2009/10 - was absolutely incredible. While Maccabi painfully missed out on the league title on goal difference, he had an amazing individual campaign, scoring 28 goals in 34 league matches and setting a league record at the time. In total, Arbaitman scored 64 goals in 192 appearances in all competitions for Maccabi Haifa over the space of 4.5 seasons.

He scored 3 goals in 10 appearances in the Champions League this season, all three goals coming in the qualifying matches, and all as a substitute, as other strikers (Dvalishbili and Ghadir) were preferred in the CL. He scored in both home and away legs against Glentoran in the second qualifying round, and famously scored the crucial winning goal in the away playoff match against Red Bull Salzburg in Austria - his most famous and important goal for Maccabi. In total, he scored a fantastic 34 goals in 53 appearances in all competitions in this memorable season, before leaving Maccabi to sign for Gent in Belgium.

The shirt is extremely rare as it is the long sleeve version - the first one that I have seen anywhere from this campaign. It was worn and swapped with a Bayern player after the game, and washed, but some stains from the match remain. The stains on the bottom of the left sleeve of the shirt match those visible on the match photos (below). 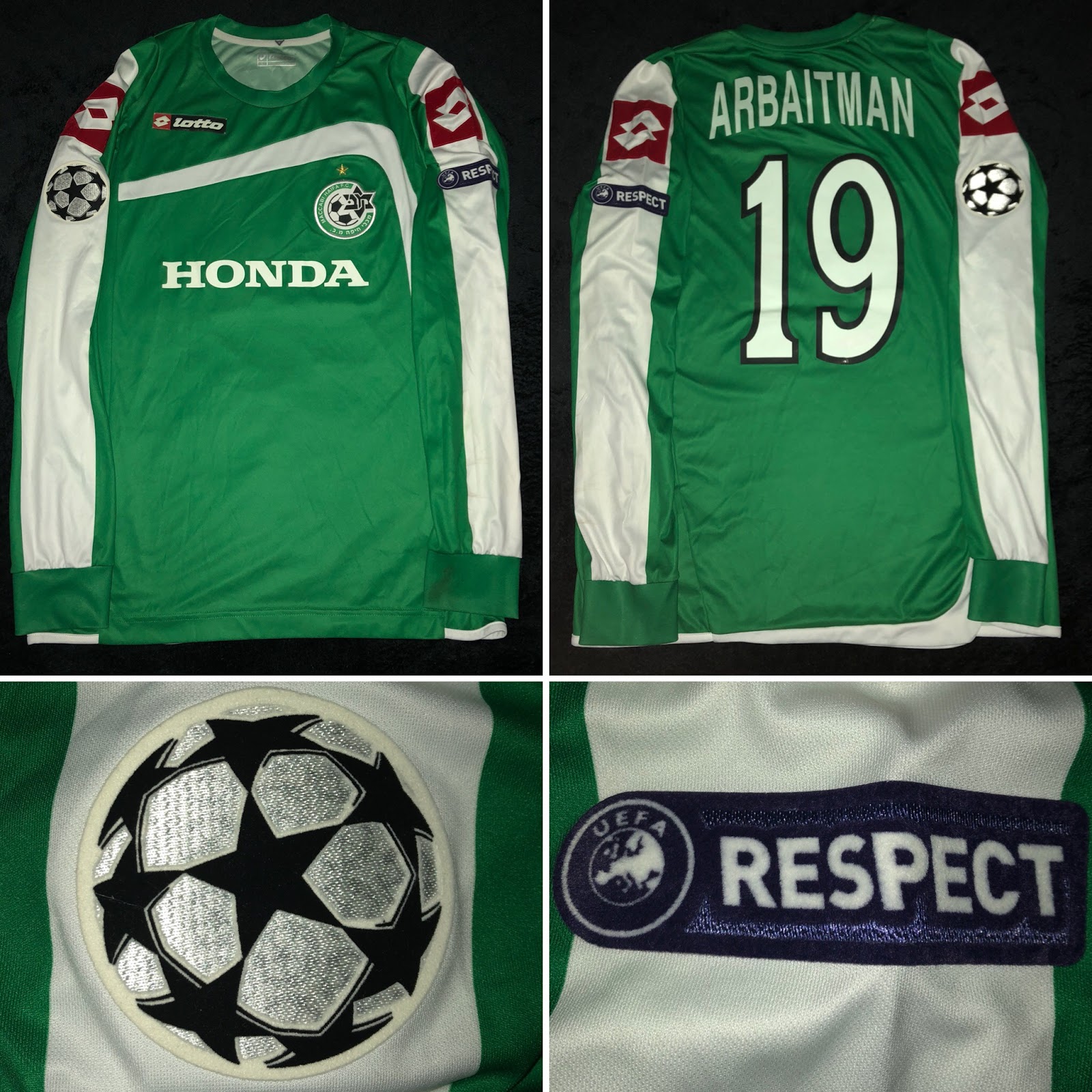