Match worn Israel 2018/19 away shirt, worn by midfielder Beram Kayal #21 in the Euro 2020 qualification match against Latvia away on June 7, 2019 at the Daugava Stadium in Riga. Kayal started the match and was substituted after 73 minutes as Israel ran out comfortable 3-0 winners through an Eran Zahavi hat-trick. Kayal provided the assist for Zahavi`s second goal of the match (2-0). The shirt is unwashed and was given to me by Kayal directly after the match.

The Brighton & Hove Albion midfielder has become a key player in Israel's midfield since new coach Andi Herzog has taken over in 2018, starting every single competitive match since and only missing one friendly match, while also contributing one goal and 3 assists in that time. He scored the opening goal in Israel`s painful 3-2 loss against Scotland in Hampden Park in November 2018 in the last Nations League 2018/19 group match, with a draw having been sufficient to guarantee a Euro 2020 qualification playoff spot. As of the writing of this post, Kayal has made 42 appearances for the national team, scoring 2 goals. 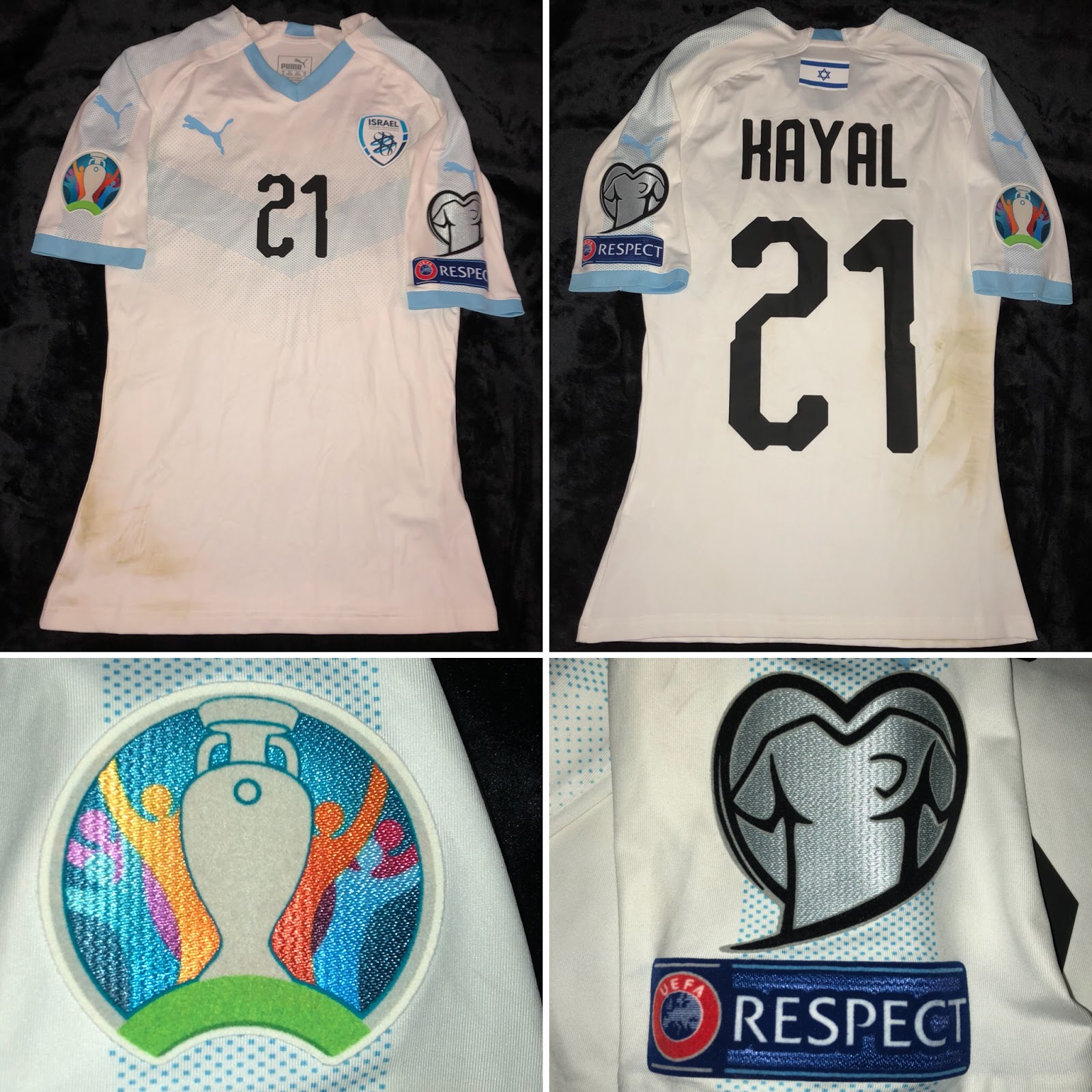