June 14, 2019
Match worn/issued Brighton & Hove Albion 2018/19 home shirt, issued to or worn by Israeli midfielder Beram Kayal #7 in the 2-1 away defeat against Manchester United at Old Trafford on January 19, 2019. Kayal entered the match as a substitute in the 82nd minute.

Kayal joined Brighton during the January 2015 winter transfer window after 4.5 seasons in Scotland with Celtic, teaming up with fellow Israeli Tomer Hemed. He would go on to become a key member in the team's midfield and would help them achieve promotion to the Premier League in the 201718 season, having narrowly missed out on promotion the season before. He made his Premier League debut in 2018 and would go to score his first Premier League goal just weeks prior in a 1-0 away victory against Newcastle on October 20, 2018. As of the writing of this post, Kayal has made 131 appearances for Brighton in all competitions over 4.5 seasons, scoring 5 goals and providing 10 assists.

This is my second Kayal Brighton shirt from this season, as I also have his match worn poppy away shirt from the Remembrance Day period as well. 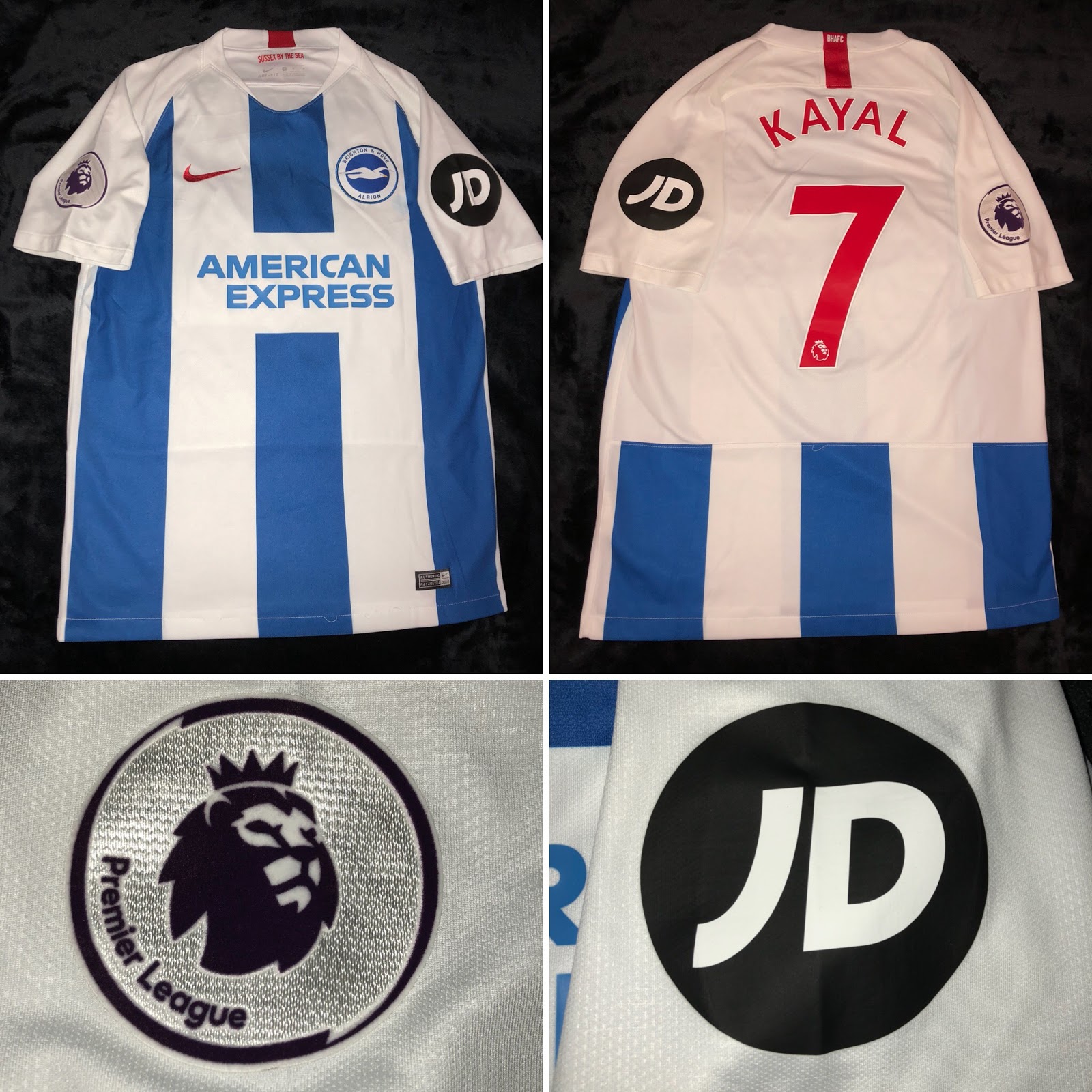