May 10, 2019
Match worn/issued Maccabi Haifa 2006/07 long sleeve home shirt, issued to or worn by Brazilian midfielder Gustavo Boccoli #7 in one of the two UEFA Cup Round of 32 matches against CSKA Moscow in February 2007. This season marked one of Maccabi's most impressive European campaigns, starting from the Champions League qualification (losing to eventual finalists Liverpool), making it out of their UEFA Cup group and eliminating CSKA Moscow in the Round of 32, before being eliminated by Espanyol in the Round of 16.

Boccoli wore the long sleeve shirt in both matches against CSKA, so I don't know which of the two matches it is from. An interesting fact is that both matches weren't played in the respective clubs' home cities/stadiums. The match in Israel was played in Tel Aviv's Bloomfield Stadium instead of Haifa's Kiryat Eliezer Stadium, while the match in Russia was played in Vladikavkaz's Republican Spartak Stadium in southern Russia instead of Moscow's Luzhniki Stadium, as the weather conditions were too harsh to hold a football match in Moscow in February 2007.

Boccoli was a key member of the team, starting in all 10 UEFA Cup matches, playing the full 90 minutes in all matches but one, and scoring one goal against Auxerre in a 3-1 home win against Auxerre in the group stage. Earlier, in the Champions League qualifier against Liverpool away at Anfield, Boccoli scored a goal to give Maccabi a 1-0 lead in an eventual 2-1 loss, his most famous goal in a Maccabi Haifa shirt.

Boccoli spent a total of 11 seasons with Maccabi Haifa, joining in 2004 from Maccabi Ahi Nazareth and remaining at Maccabi until his retirement at the end of the 2014/15 season. An absolute fan favourite at the club, he made a total of 434 appearances and scored 39 goals for the club, winning the Israeli league 4 times and the Israeli League cup twice, and in addition to this UEFA Cup campaign he also qualified with Maccabi to the Champions League in 2009/10 and participated in two Europa League campaigns with the club (in 2011/12 and 2013/14). He was voted as the league's best player in 2005/06 after scoring 12 goals and providing 10 assists as Maccabi won the league for the third season in a row. He is still with the club today, currently working as a scout. He finally became an Israeli citizen in 2013, having originally arrived in Israel in 2001. 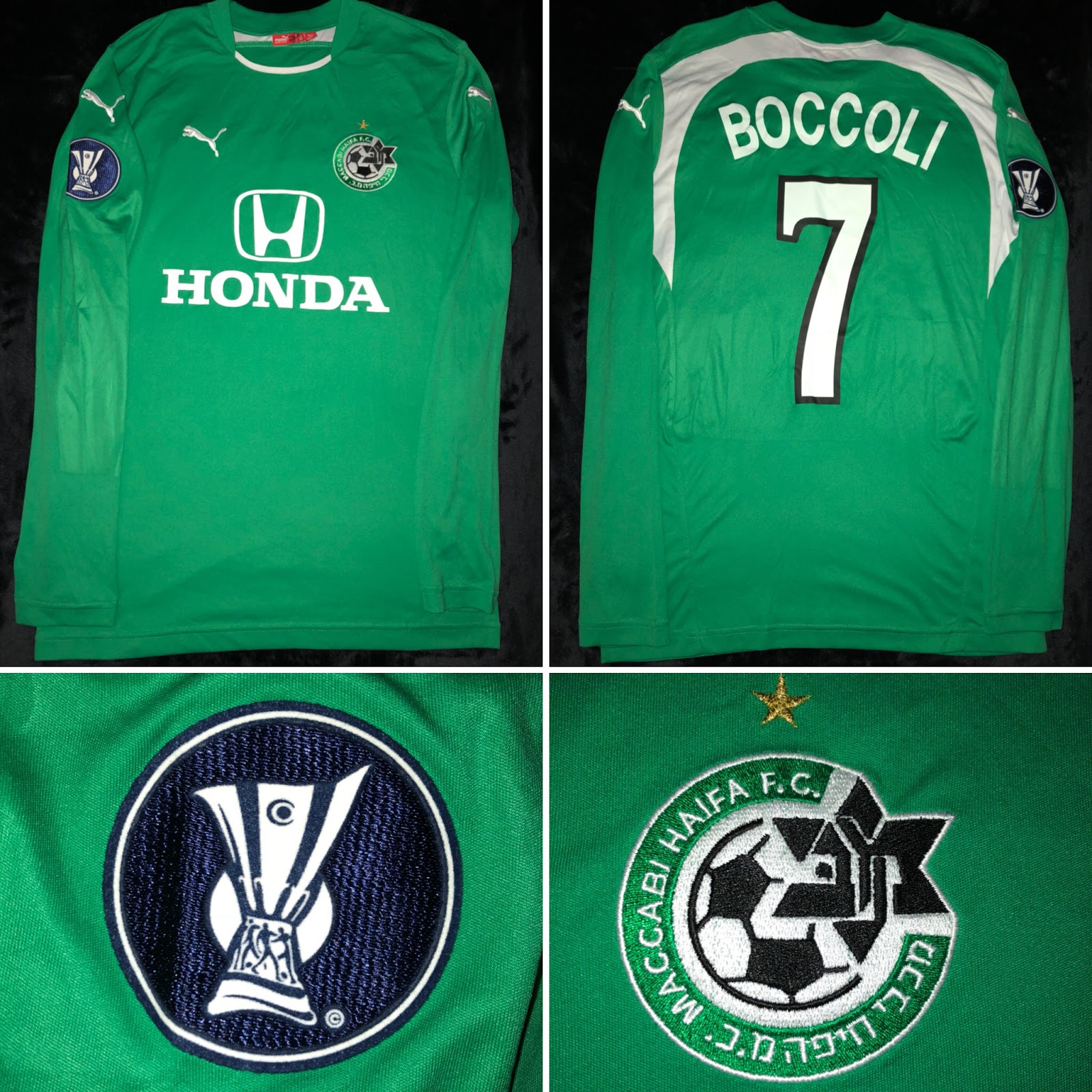