Match worn long sleeve Hapoel Tel Aviv 2009/10 home shirt, worn by Ghanaian striker Samuel Yeboah #11 in a Europa League group stage match in the 2009/10 season. This was the first Europa League season following its re-branding from the UEFA Cup. Hapoel had a very successful campaign, finishing in 1st place with 12 points in their group containing Hamburg, Celtic and Rapid Wien, before being eliminated by Rubin Kazan in the Round of 32. Yeboah started in all 6 group stage matches, scoring two goals - both against Hamburg, one in each of the two matches. He wore long sleeve shirts in three matches - against Celtic away, Hamburg at home and Rapid Wien away. He left Hapoel Tel Aviv for Belgian team KRC Genk in the winter transfer period, and so did not participate in the knockout round matches against Rubin Kazan. 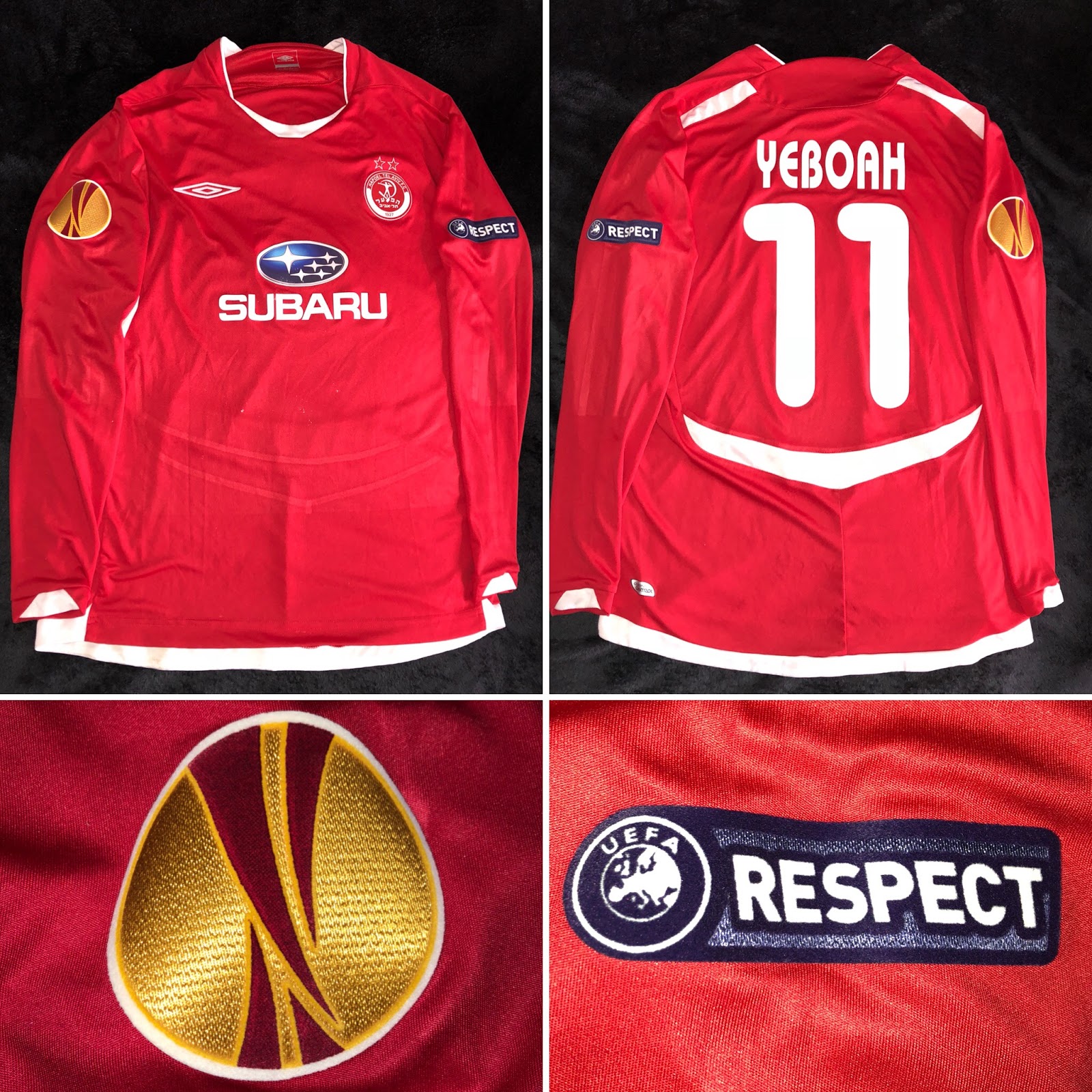