Match issued (bench worn) Eintracht Frankfurt 2018/19 home shirt, worn on the bench by Israeli left back Taleb Tawatha #33 in the DFB-Pokal (German Cup) first round match against 4th division side SSV Ulm away on August 18, 2018. Tawatha did not come off the bench as, in a shock result, the defending champions Eintracht lost the match 2-1 and were eliminated already in the very first round of the competition by a tiny team from the 4th division, after having won it the previous season.

This shirt is unique as instead of the regular DFB Pokal patch worn on the right sleeve by all teams in the tournament, Eintracht wore a special winners patch "DFB-POKAL SIEGER 2018" commemorating their cup triumph the previous season. As they were eliminated in the first round, this is the only match in which this special patch was used. On the other sleeve is the same Volkswagen patch used by all teams in the cup matches.

This is the third Tawatha Eintracht Frankfurt shirt as I also have a match worn home shirt and match worn third shirt of his from the 2017/18 season. Interesting, this is my very first shirt from a domestic cup match. 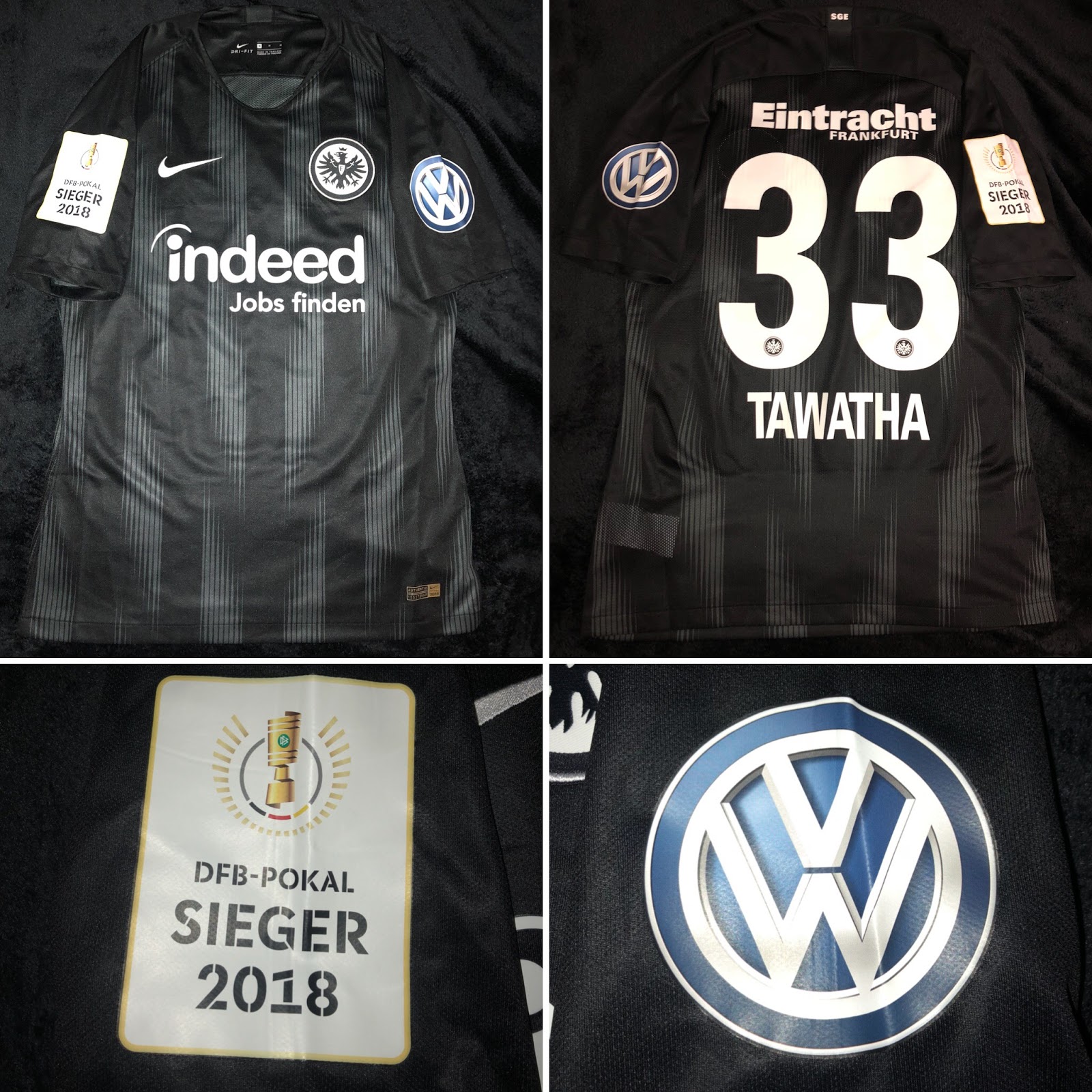