Match issued and signed Queens Park Rangers 2018/19 home poppy shirt, issued to and signed by Israeli forward Tomer Hemed #16, from the Remembrance Day match vs. Brentford at Loftus Road Stadium on November 10, 2018. Hemed spent the 2018/19 season on loan at QPR from Brighton & Hove Albion, having played in the Premier League for the first time the season before after achieving promotion from the Championship with Brighton in 2016/17, but made limited impact.

While Hemed unfortunately did not make the match day squad for this game, all first-team players had poppy shirts issued to them. Interestingly, only the players' main shirts had the poppy, while the spare shirts didn't; as a result, since most players change shirts at half time, most players played the second half without the poppy shirts.

The shirt was acquired through the annual poppy fundraising auction campaign and is signed by Hemed. This is my third poppy shirt after the Tamir Cohen Bolton 09/10 and Beram Kayal Brighton 18/19 ones, and my first and only Errea shirt so far. 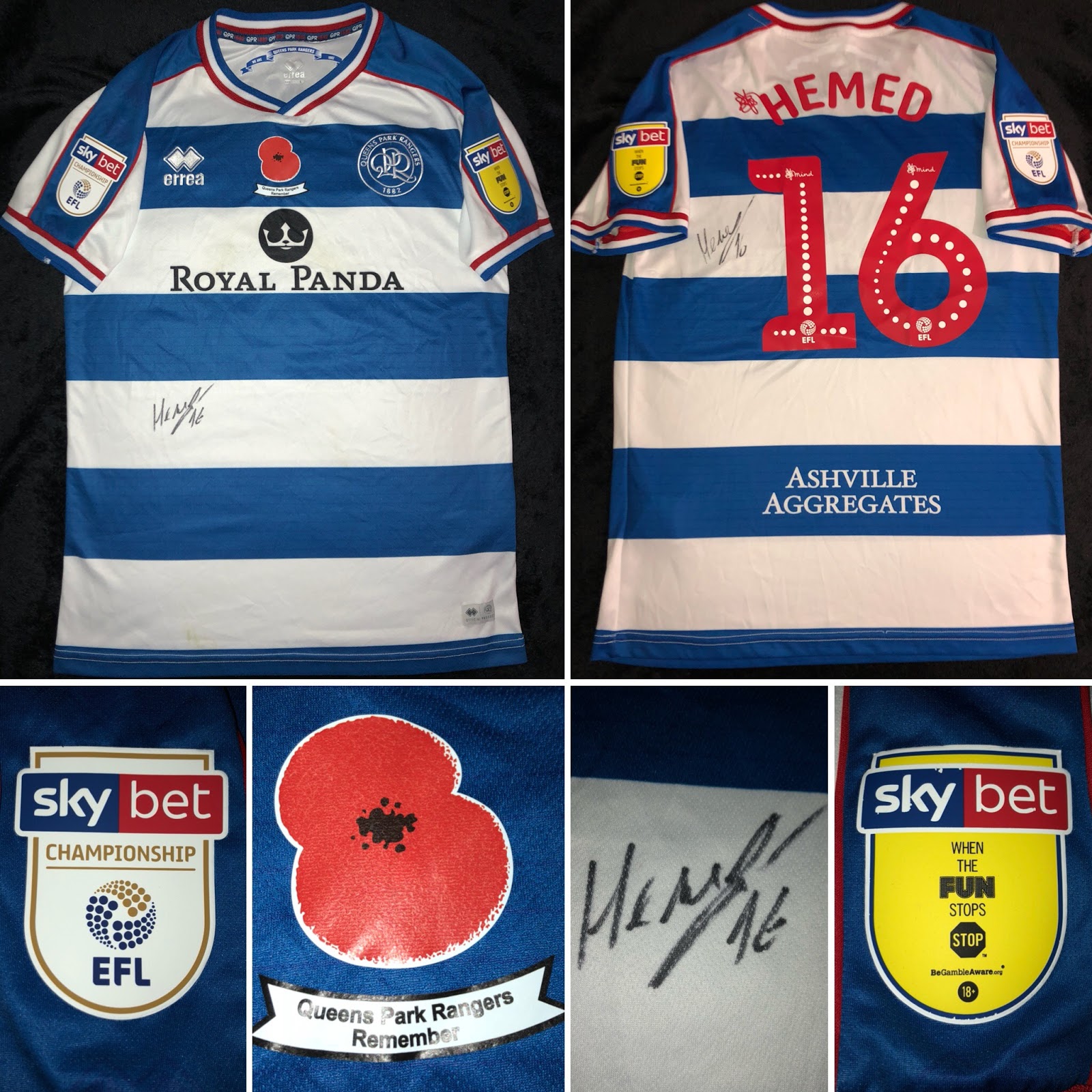