Match worn Palermo 2012/13 long sleeve third shirt, worn by Israeli attacking midfielder Eran Zahavi #16 in the away match against Inter Milan on December 2, 2012 at the San Siro Stadium. Zahavi came on as a 79th minute substitute for Paolo Dybala as Palermo lost 1-0. This was Zahavi's second last match for Palermo, as he left to join Maccabi Tel Aviv shortly after in January 2013. While in his first season at Palermo he saw decent playing time (20 appearances and 2 goals in 2011/12), in 2012/13 he only made 3 substitute appearances in the league, playing a total of 41 minutes combined, as he couldn't force his way back into the team after an injury in the beginning of the season. He also started and played the full 90 minutes in one Italian Cup match this season.

This beautiful long sleeve shirt is extremely rare as the Italiacom sponsor on the front was only added to the shirts starting from matchday 14 (November 24), and the match against Inter was the only match between then and Zahavi leaving in which the third kit was used; Zahavi opted to play with long sleeves in this match. This is my first and so far only shirt from the Italian league (Serie A). 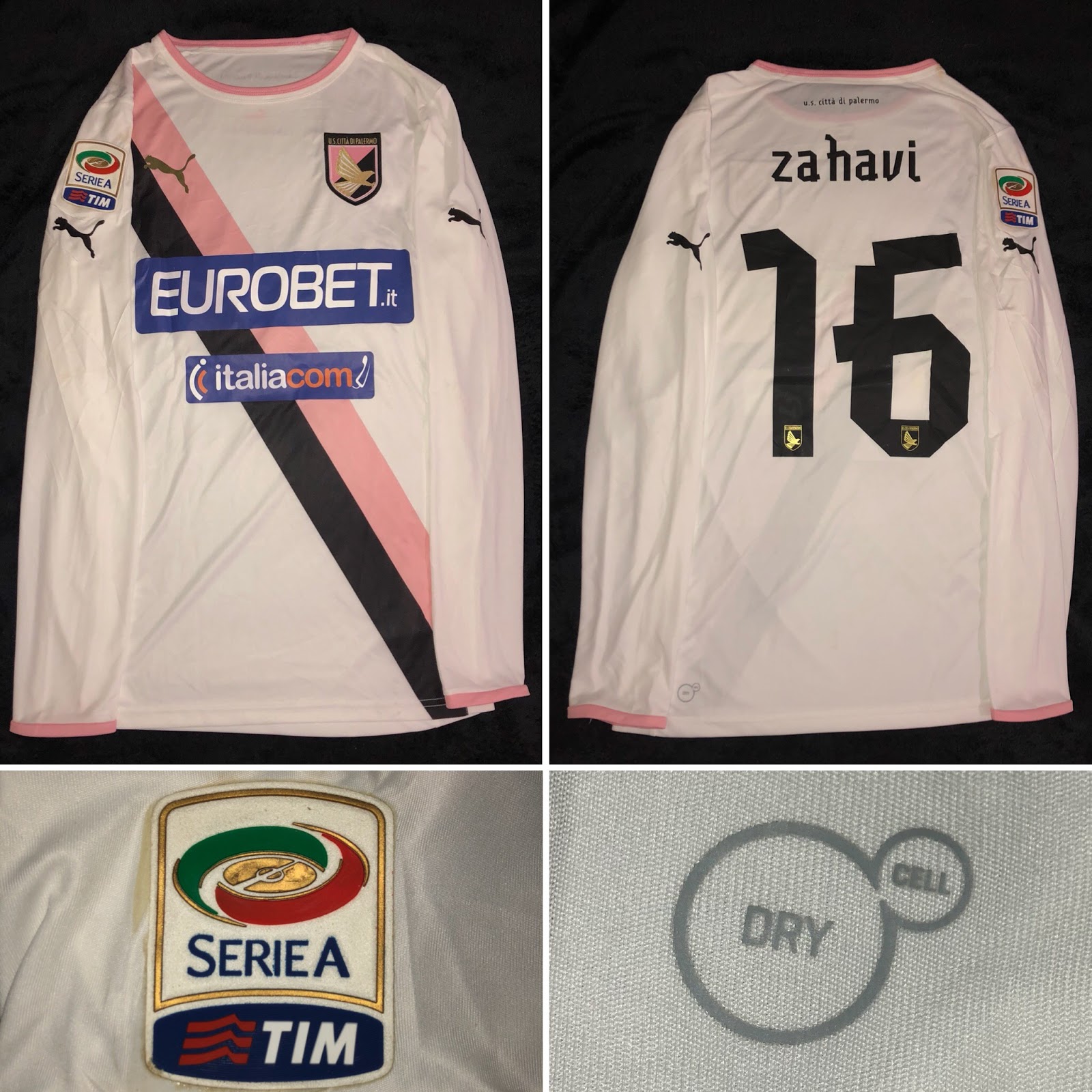