Match worn Maccabi Tel Aviv 2013/14 home shirt, worn by Israeli midfielder and team vice-captain Gal Alberman #6 in the Europa League away match vs. Eintracht Frankfurt at the Commerzbank Arena in Frankfurt on October 24, 2013. Alberman started the match and played 55 minutes as Maccabi Tel Aviv went on to lose 2-0. Maccabi Tel Aviv went on to finish in 2nd place in the group and qualify to the Round of 32, where they were eliminated by Basel. Alberman was a key player during the campaign, starting in 5 of the 8 matches played and appearing as a substitute in another one. 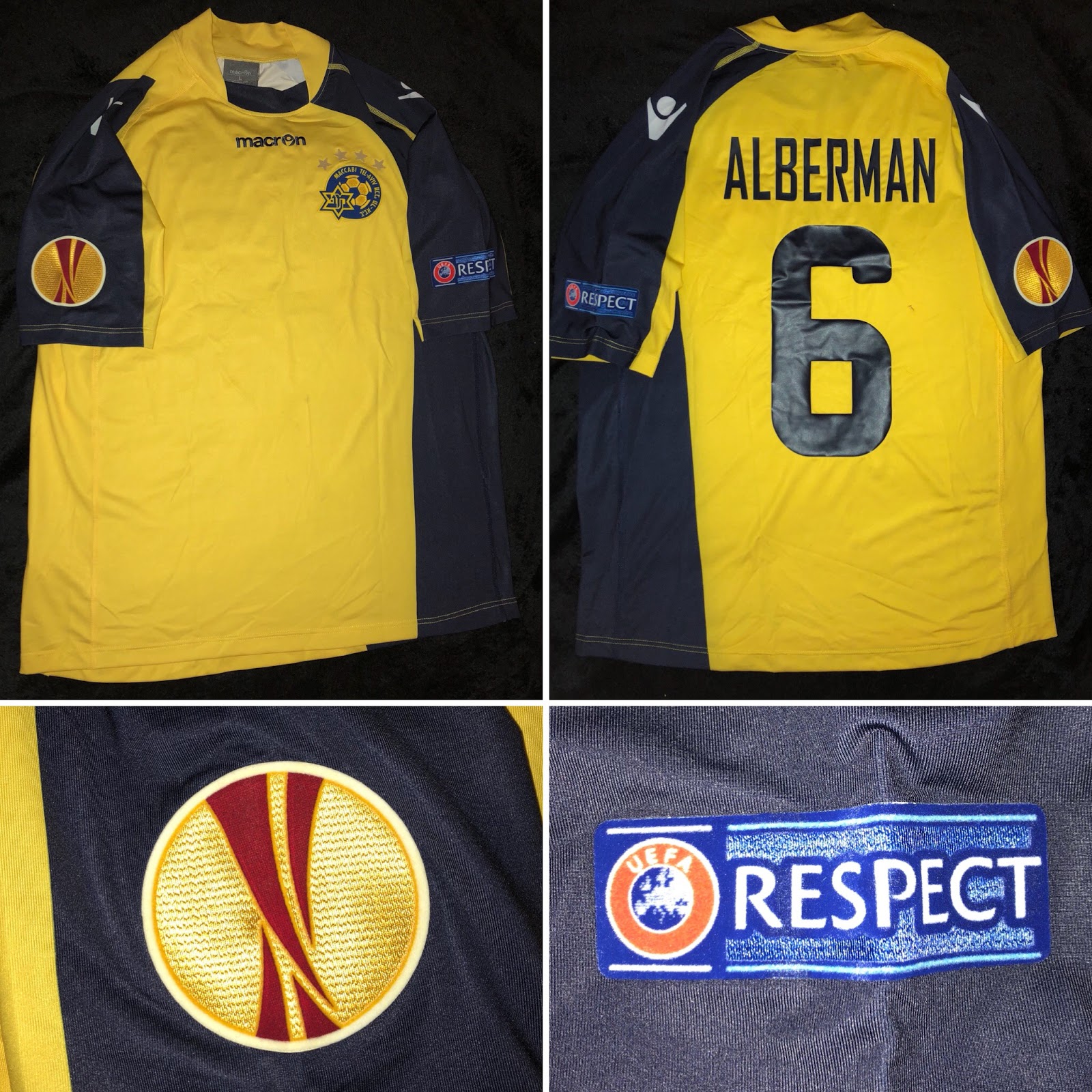