Match worn Maccabi Haifa 2009/10 home shirt, worn by Columbian defensive midfielder Jhon Culma #8 in the Champions League home match vs. Bordeaux on December 8, 2009, played at Ramat Gan Stadium in Tel Aviv. Culma played the full match, which was the sixth and last one in the group stage, as Maccabi Haifa lost 1-0. Culma was a key player for Maccabi throughout the campaign, starting in all 6 of the qualifying matches and 5 of the 6 group stage matches (all except the first match, against Bayern Munich at home), and playing the full match in 7 of those 11 matches.

The shirt was originally sourced directly from FC Girondins de Bordeaux and comes with an official letter with the club attesting to this. I also have Eyal Meshumar's match worn shirt from this match as well as Nir Davidovitch's match worn GK shirt from the away match in Bordeaux. 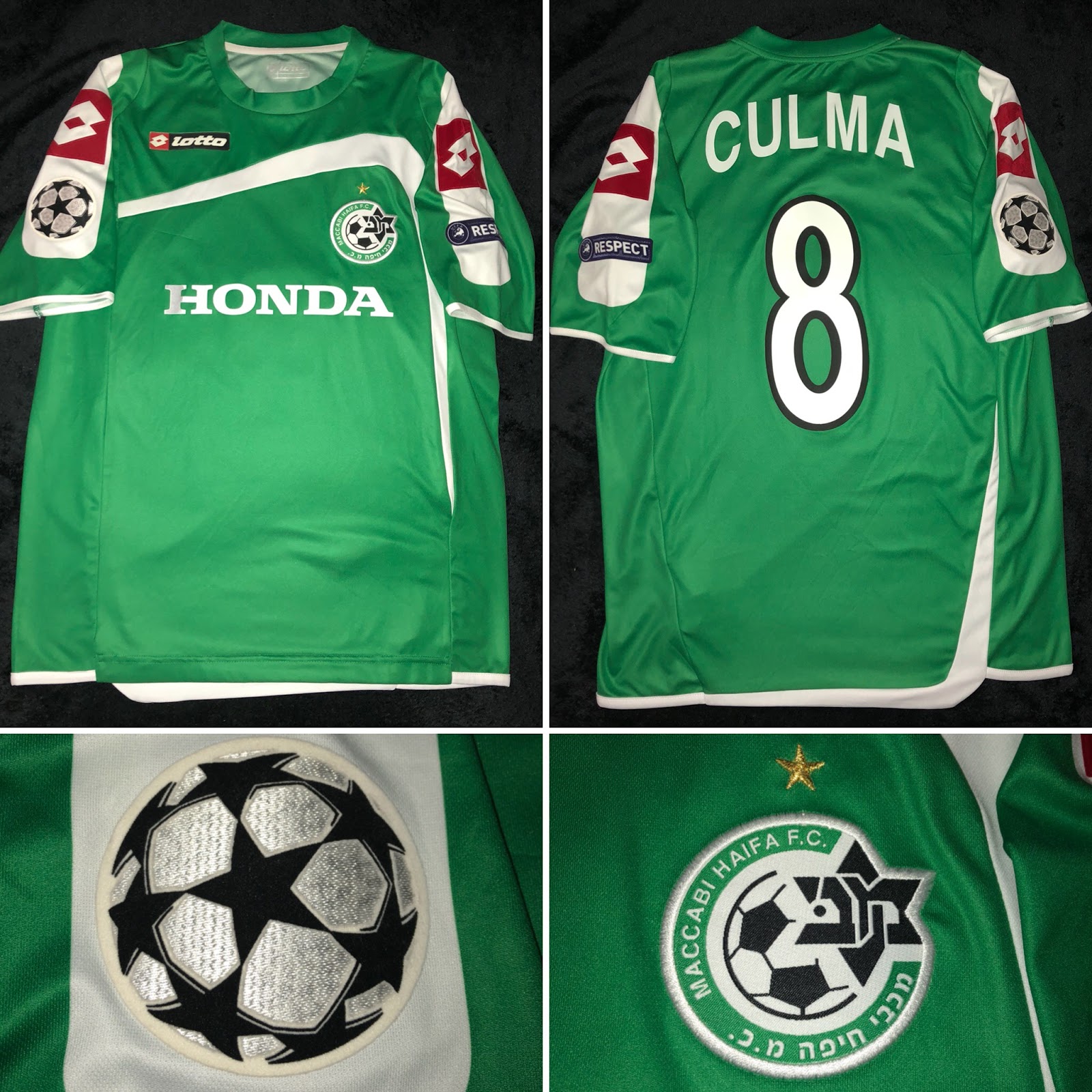