February 11, 2019
Maccabi Haifa 2006/07 home shirt, match worn by or issued to midfielder Alain Masudi #10 in a UEFA Cup match in the 2006/2007 season. The Congolese midfielder, who spent only the single season at the club, was a key player for Maccabi in their impressive European campaign that season, starting from the Champions League qualification (losing to eventual finalists Liverpool), making it out of their UEFA Cup group and eliminating CSKA Moscow in the Round of 32, before being eliminated by Espanyol in the Round of 16. Masudi started every single match during that European campaign except for the two against Espanyol, in which he did not participate. This season would be among the highlights of his career. Masudi would later go on and stay in Israel permanently following the end of his career.

This is one of my two Masudi shirts from this campaign (second one here). 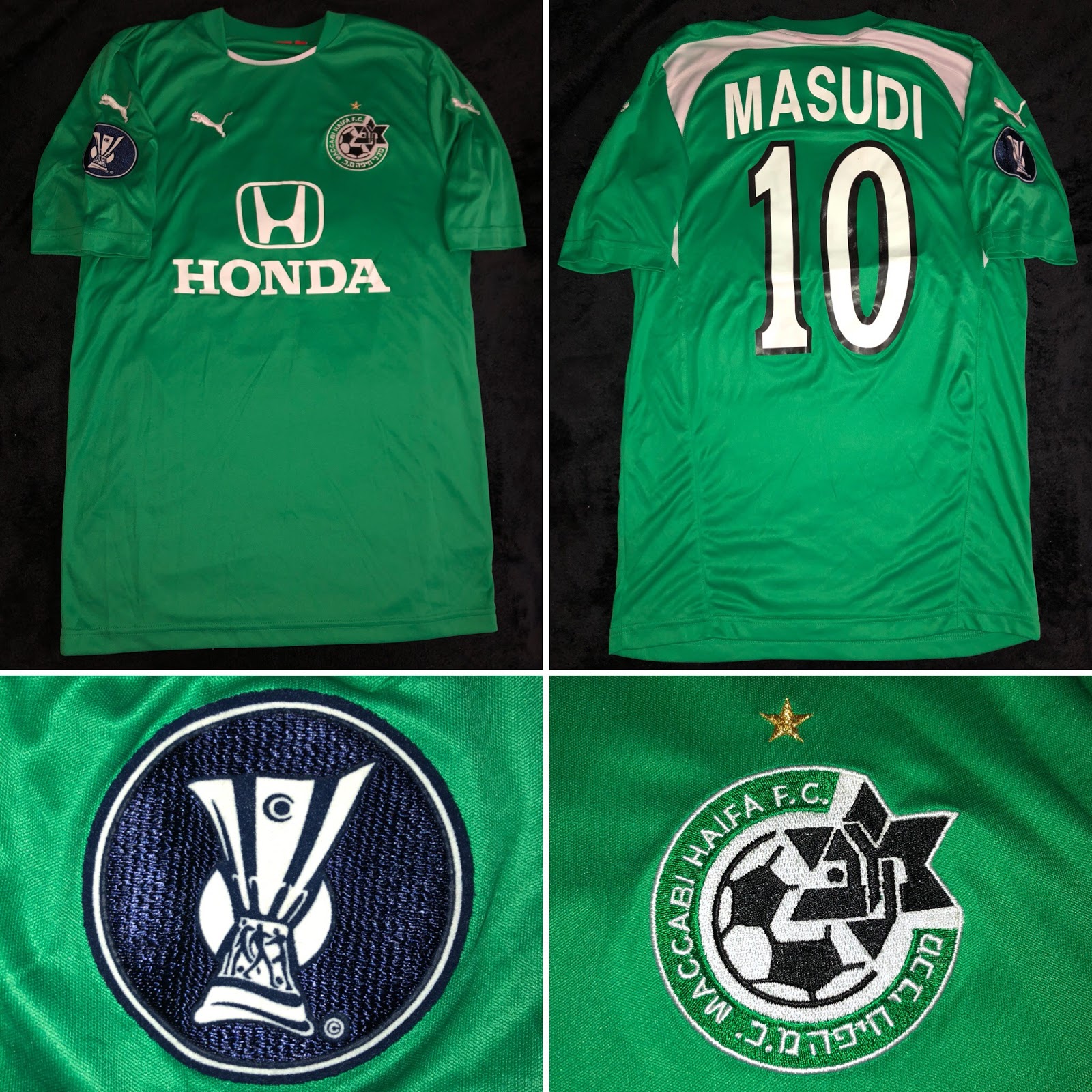