Match issued Israel 2016/18 home shirt, issued to midfielder and team captain Bibras Natcho #6 for the infamous cancelled friendly match against Argentina scheduled for June 9, 2018 at Teddy Stadium in Jerusalem. The shirt has the match details from the match; this is the first and so far only time that the national team had match details for a friendly match. As of February 2019, Natcho was capped 56 times for the national team, scoring 1 goal, and has been the team captain since March 2018.

The highly publicized friendly match, which was meant to serve as a World Cup 2018 preparation match for Argentina, was originally planned to be played in Haifa, a much less politically-sensitive location. As a result of political games and the involvement of political figures and motives, it was decided that the match would be played in Jerusalem. As a result of intense political pressure and violent threats aimed at the Argentinian players, and particular Lionel Messi, the Argentinian Football Association decided to cancel the match only a few days before it was scheduled to be played; they were later forced to pay several million dollars to the Israeli Football Association as compensation. Some rumors say it was Messi and Mascherano that convinced the AFA to make the decision, others say it was the Qatar government and that they also paid the cancellation fine as well.

While the match was cancelled, the player's shirts were prepared well ahead of the match. This was supposed to be the very last match in which the Israel national team were to wear Adidas shirts, as after 10 years with Adidas (2008-2018), they switched to Puma starting from September 2018. 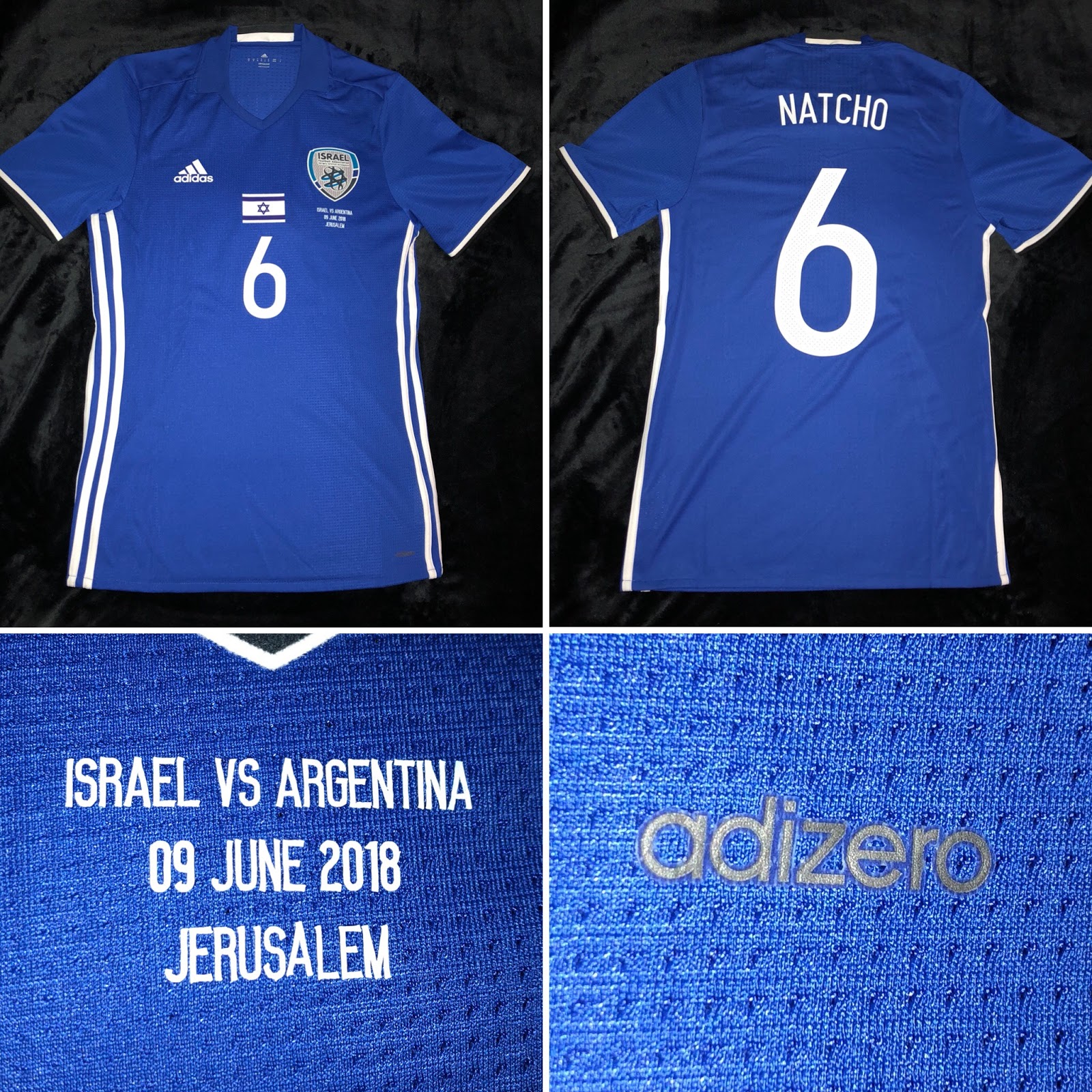