Match worn/issued long sleeve Manchester City #14 third shirt, issued to/worn by Israeli midfielder Eyal Berkovic #14 in the 2002/03 Premier League season. Berkovic played two and a half seasons for City, having signed from Celtic in summer 2001. He was a key player in his first season (2001/02), scoring 6 goals in 25 matches to help the club achieve promotion to the Premier League. He had a good campaign in 2002/03 as well, making 29 appearances and scoring 2 goals in all competitions. Interestingly, despite City finishing the season in 9th place, they qualified for next season's UEFA Cup as Fair Play winners. Due to a falling out with manager Kevin Keegan, he only made 4 appearances for the club (starting only once) in the first half of 2003/04, and transferred to Portsmouth in January 2004.

This shirt is very rare as the City preferred to play in their home kit and the third kit was only used in two matches during the season: against West Bromwich Albion away (02/11/2002) and against Blackburn Rovers away (01/03/2003); Berkovic played in both games. I also have a Berkovic away shirt from this season as well. The shirt marks a homage to the club's historic Maine Road ground on their crest (1923-2003), as this was the last season they played there before moving to their new City of Manchester Stadium in 2003. 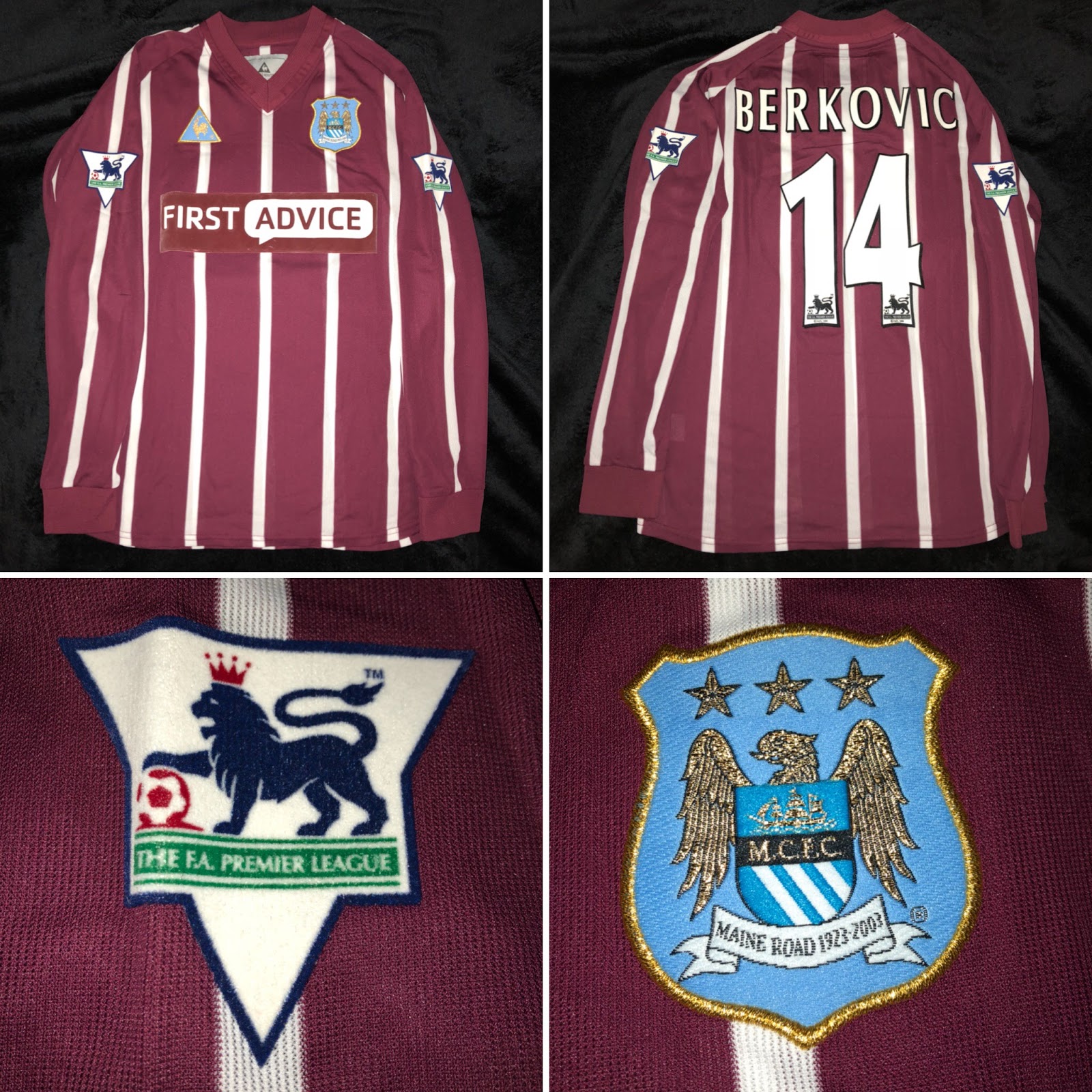