Match worn Maccabi Haifa 2013/14 away shirt, worn by Israeli left-back Taleb Tawatha #13 in the Europa League home match vs. Shakhter Karagandy on December 12, 2013 in Kiryat Eliezer stadium, Haifa. This was the last match of the group stage and Maccabi Haifa won the match 2-1 - their first win from the six games - and finished in 3rd place of Group L with 1 win and 2 draws, in what was their second Europa League campaign (after 2011/12). Tawatha, who started the match and was substituted in the 60th minute, was Maccabi's starting LB through the season and appeared in 11 out of the 12 Europa League matches during the campaign (including qualifiers), starting in 10 of them.

The shirt is extremely rare, among the rarest in my collection, as the white away kit was only used in this one match during the Europa League campaign (oddly enough in a home match), with the green home kit being worn in all other games. The shirt is washed but still has a good deal of stains from the match on it. 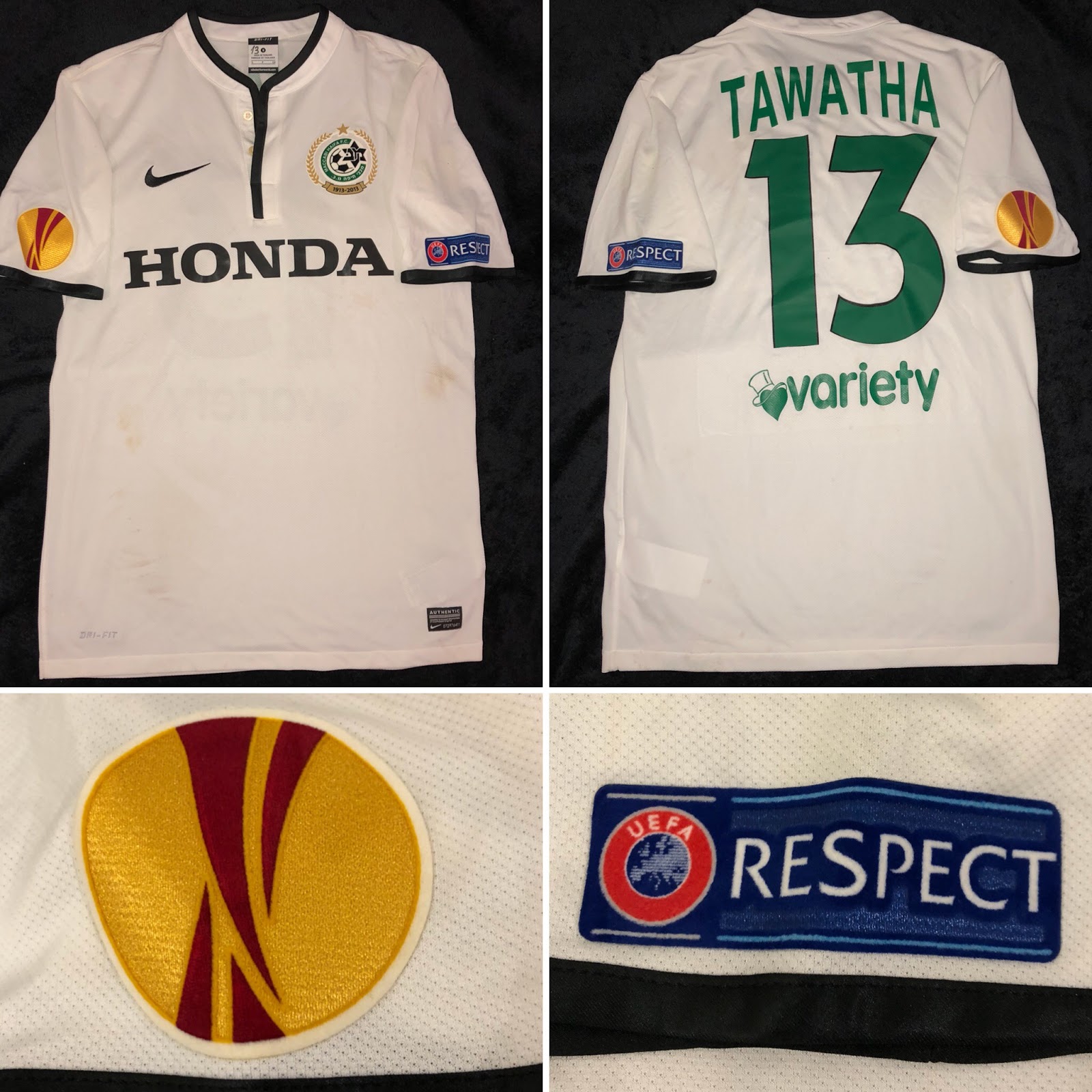