Extremely rare match worn Maccabi Haifa 2002/03 Champions League home shirt, worn by Argentine-Israeli midfielder Guillermo Israilevich #18 in the "home" game against Olympiakos in Nicosia, Cyprus on September 24, 2002. Israilevich came on as an 87th minute substitute as Maccabi emphatically beat the Greeks 3-0 - the club`s first ever victory in the Champions League. Due to the security situation during those years, Israeli teams could not play home matches in the country, and had to play at a neutral venue - Maccabi picked the GSP Stadium in nearby Nicosia, where it played all of it's "home" games during the campaign.

20-year old Israilevich, who Maccabi just signed at the beginning of the season from Argentina, appeared exclusively as a substitute during the campaign, as he did during the qualification. He played as a substitute in the first four of the six group stage matches, with a combined total of under 70 minutes. Interestingly, his name on the back of his shirt was spelled in two different ways during the campaign - either Israilevish, as on this shirt, or Israilevich, as you can see on my other match worn Israilevich shirt from this campaign. Israilevich`s spell at Maccabi wasn`t very successful, as following this season he spent the remaining three seasons of his contract on loan at Hapoel Nazareth Illit before leaving.

This shirt is very memorable as this historic Maccabi Haifa Champions League campaign represented the first time ever an Israeli team made it through to the group stage of the competition, with this specific match marking the first ever victory of an Israeli team in the Champions League. To this date, it remains the most successful campaign by an Israeli team in the competition, as they finished in a respectable 3rd place with 6 points, nearly 2nd second place, and included a memorable and shocking 3-0 win against Manchester United in Nicosia. 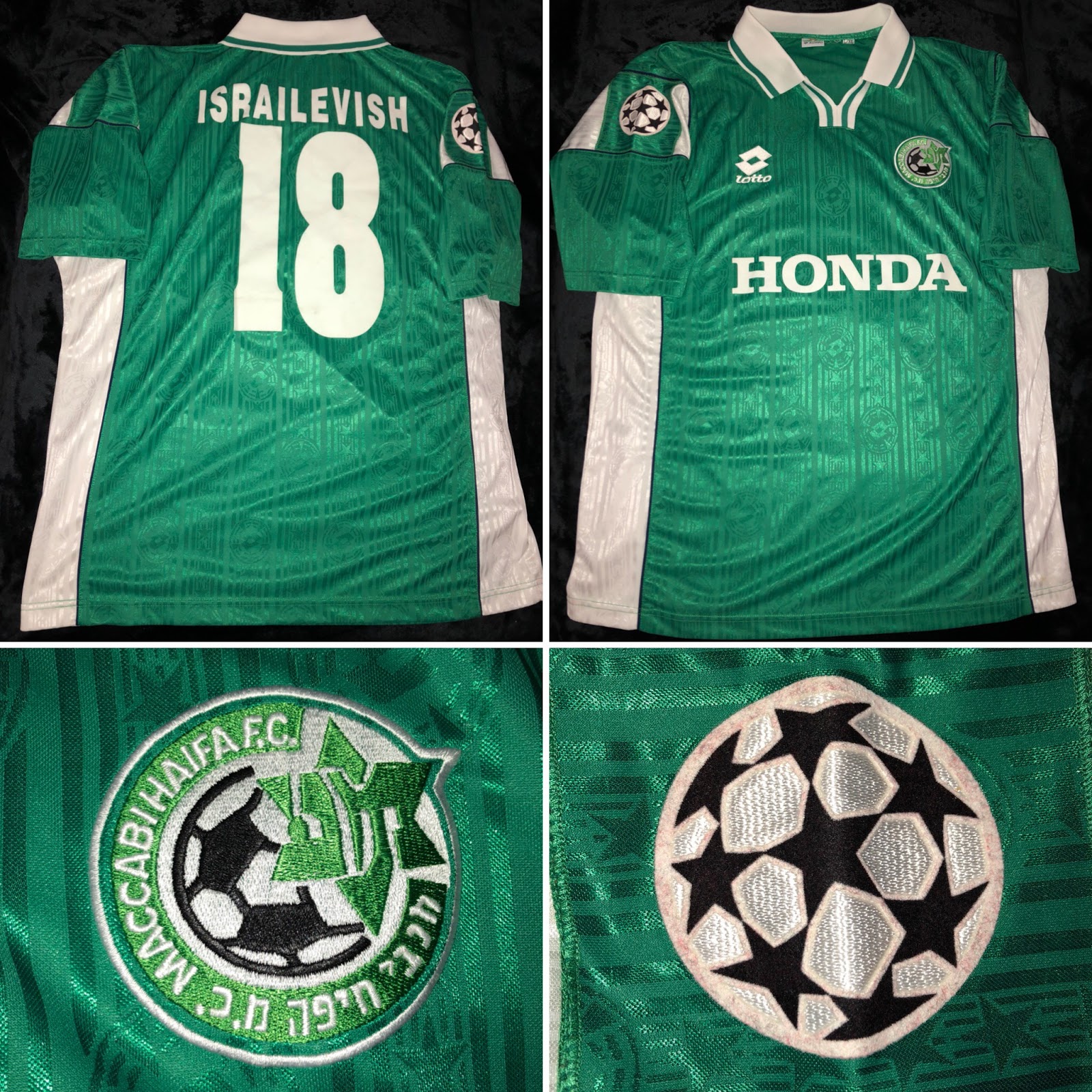