Match worn Israel 2018/19 away shirt, worn by right back Eli Dasa #2 in an international friendly match against Guatemala on November 15, 2018 in Netanya Stadium. Dasa played the full match as Israel thrashed the visitors 7-0 - the joint-third largest victory in the history of the Israeli national team, and the largest victory in recent memory. This was Dasa's 14th appearance for Israel, starting in all of them, since his debut in 2015. Oddly, the "UEFA Respect" patch was used in this match even though it is not a competitive UEFA fixture. 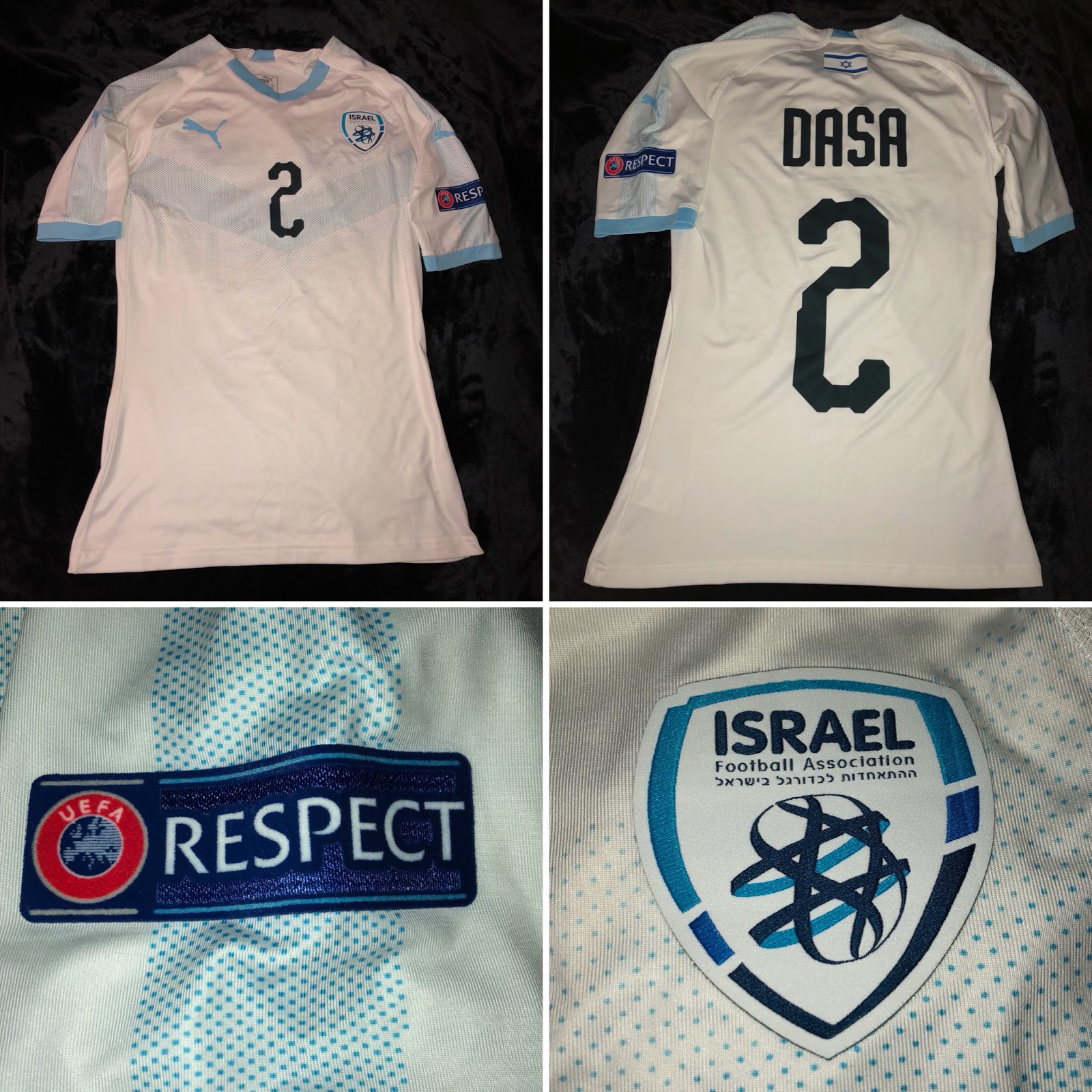