January 10, 2019
Match worn Israel home shirt from the Euro 2008 qualification campaign, worn by left back Yoav Ziv #14 against England away at Wembley Stadium on September 8, 2007. The shirt was swapped with one of the England forwards after the match. Ziv started and played the full match as Israel lost 3-0 - their worst result of the qualifying campaign, which was otherwise impressive, as they finished in 4th place in their group with 23 points - one away from qualifying for Euro 2008. Ziv was Israel's first-choice left back during the campaign, starting and playing 9 of the 12 qualifying matches. Interestingly, this was the only qualifying campaign where the same design for the sleeve patch was used in both the qualifiers and in the final tournament. 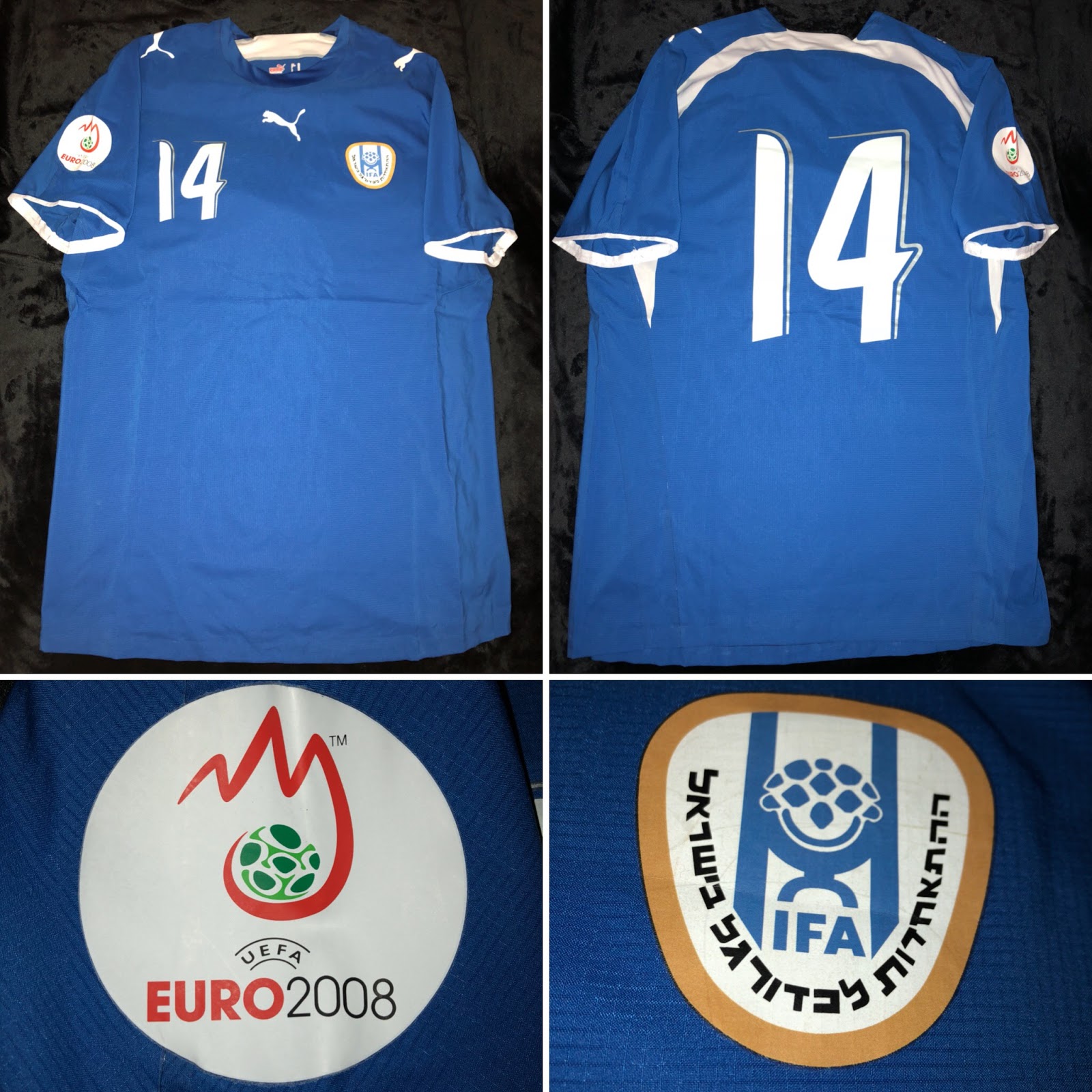