January 24, 2019
Match issued long sleeve Hapoel Tel Aviv 2009/10 home shirt, prepared for Israeli right back Omri Kende #23 for the Europa League away match vs. Hamburg on October 1, 2009 at the Volksparkstadion in Hamburg, which Hapoel lost 4-2. Kende was an unused substitute in this match. This was the first Europa League season following its re-branding from the UEFA Cup. Hapoel had a very successful campaign, finishing in 1st place with 12 points in their group containing Hamburg, Celtic and Rapid Wien, before being eliminated by Rubin Kazan in the Round of 32. 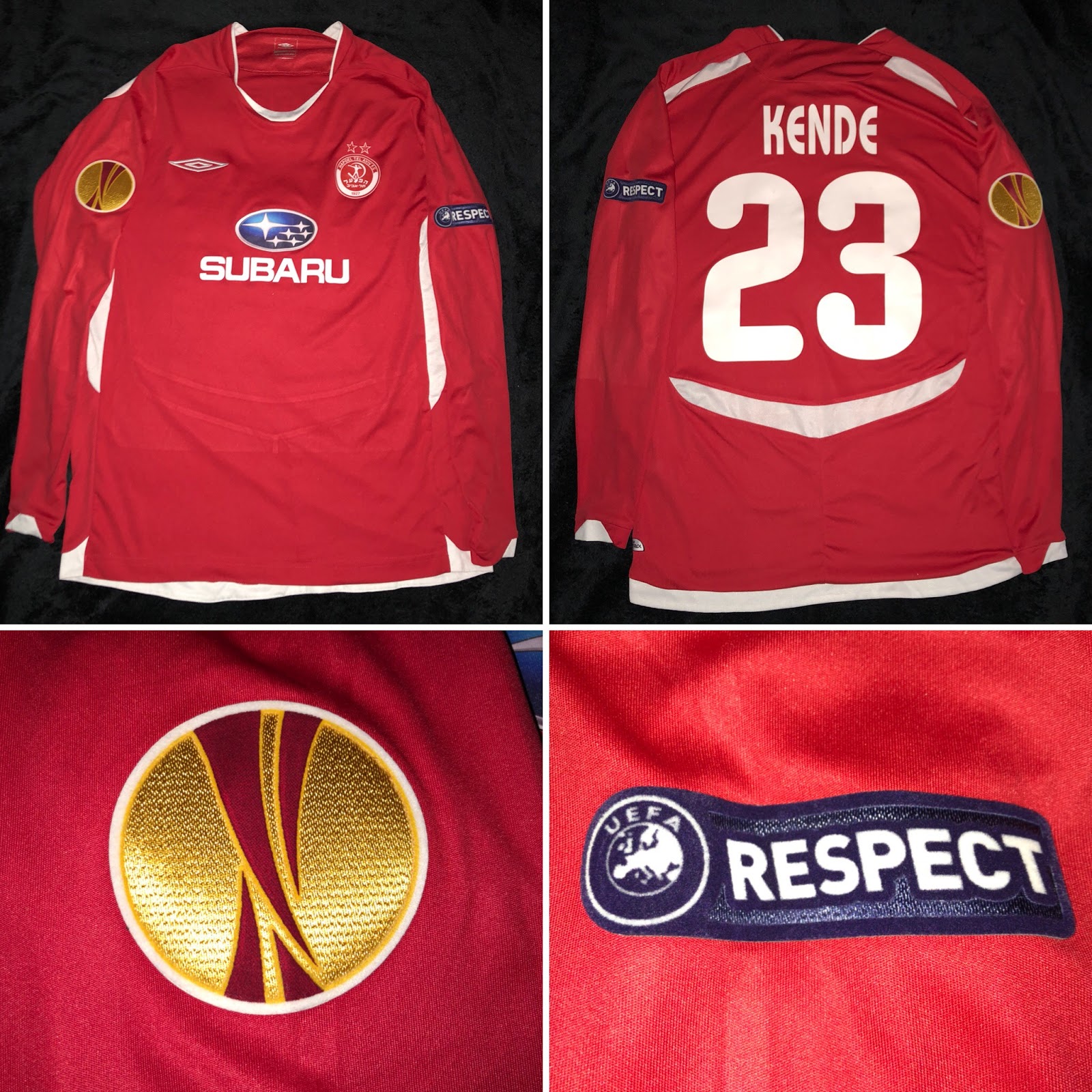