Match worn Galatasaray 2003/04 third shirt, worn by Israeli attacking midfielder Haim Revivo #10 in a pre-season friendly tournament "Alpen Cup 2003" that was held in Innsbruck, Austria. This shirt was worn in the final on July 15, 2003, in which Revivo started and Galatasaray lost to Hannover 96 in a penalty shoot-out.

Even though it was a friendly, this shirt is quite special as it was the last match Revivo played for Galatasaray, as he announced his departure from the club 10 days later and returned to Israel to sign with M.S. Ashdod, before retiring before the end of the 2003/04 season. As such, this was the last shirt worn by Revivo in his football career abroad (outside of Israel), having previously also had a highly successful 4-year spell in Spain with Celta Vigo. During his spell at Fenerbahce, in the 2001/02 season, he became the first Israeli to ever play in the Champions League group stages, even scoring a goal against Bayer Leverkusen.

Revivo joined Galatasaray in early 2003, mid-way through the 2002/03 season from hated city rivals Fenerbahce, where he was dearly loved after helping them win the league in 2000/01 and being named the league's best player that season. While his spell at Galatasaray started brilliantly with an amazing hat-trick in a 4-0 away win against Bursaspor, that would be the highlight of his time there, as he did not score in any of the other 13 matches he played that season. 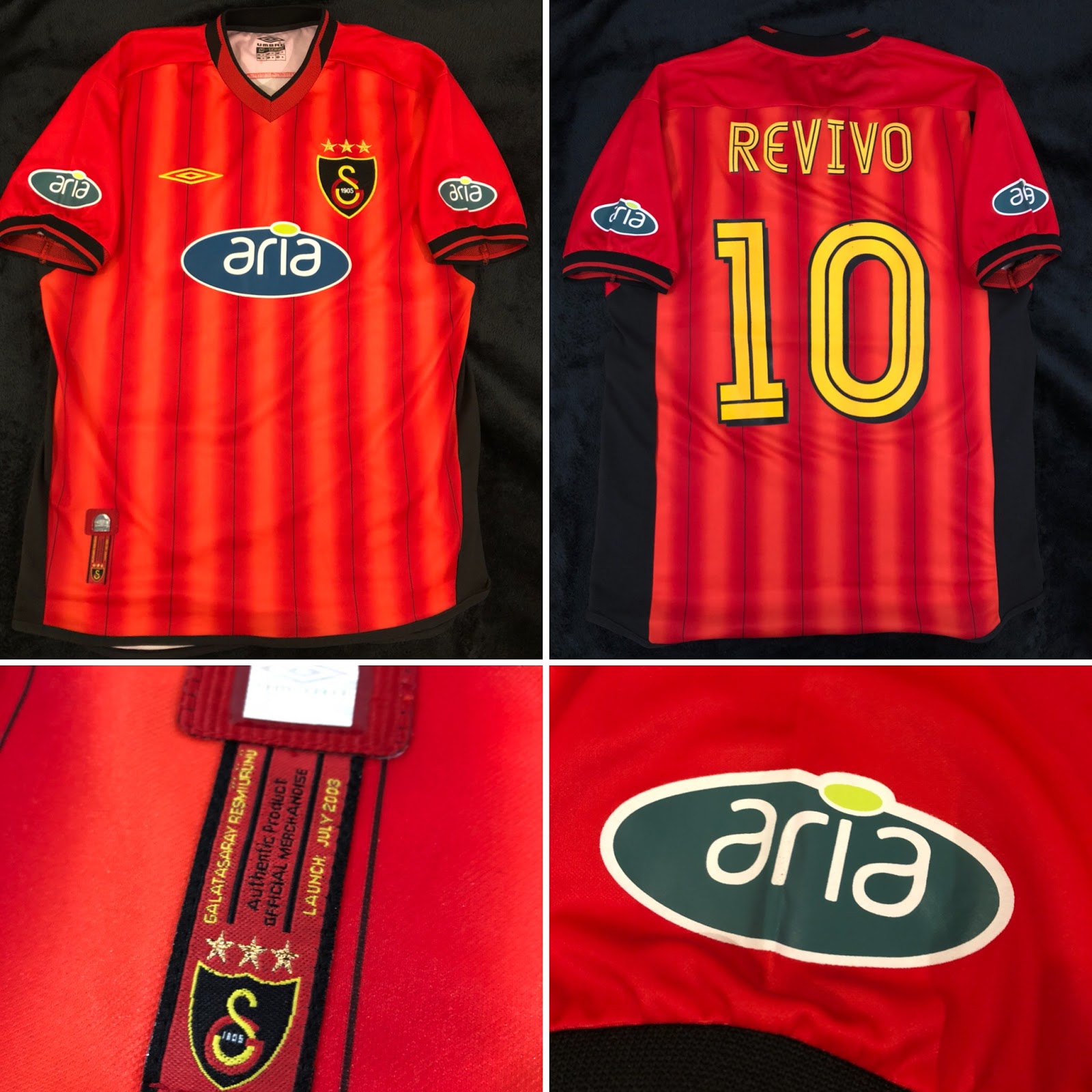