Club Brugge home shirt from the 2012/13 season, worn by/issued to Israeli attacking midfielder Lior Refaelov #8 in a Belgian Pro League match. This was Refaelov's second season with Club Brugge after joining from Maccabi Haifa, and it was one of his better campaigns during his seven-season spell at the club, as he registered 12 goals and 10 assists in 36 matches. His big success with Brugge would come a few years later, as he would win two league championships and a Belgian Cup, with him scoring the winner in extra time of the final to win it for Brugge in 2015, as well as scoring in the cup final again the following season in 2016 (which Brugge went on to lose). All in all, during his 7 seasons with Club Brugge, Refaelov registered an impressive 55 goals and 63 assists in 238 appearances in all competitions. 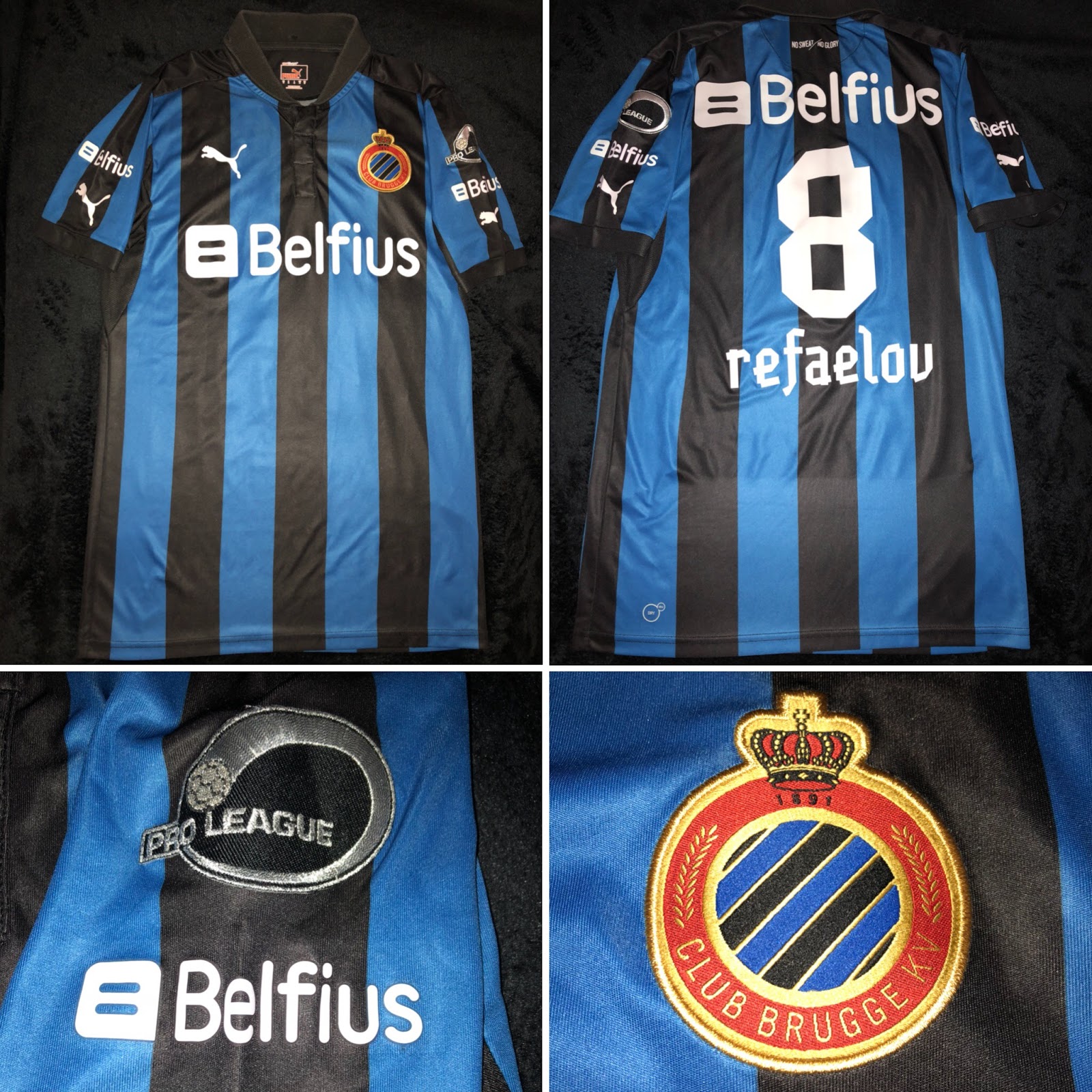