This beautiful match worn and signed Brighton & Hove Albion 2018/19 away shirt, with the embroidered Poppy in the middle of the chest, was worn by Israeli midfielder Beram Kayal #7 over the Remembrance Day period in 2018 against either Everton away on November 3, 2018 or against Cardiff City away on November 10, 2018. Brighton played both matches away in this beautiful green away kit, with Kayal starting and playing 78 minutes vs. Everton and the full 90 minutes against Cardiff; Brighton would go on to lose both matches.

Kayal joined Brighton during the January 2015 winter transfer window after 4.5 season in Scotland with Celtic, teaming up with fellow Israeli Tomer Hemed. He would go on to become a key member in the team's midfield and would help them achieve promotion to the Premier League in the 201718 season, having narrowly missed out on promotion the season before. He made his Premier League debut in 2018 and would go to score his first Premier League goal just weeks prior in a 1-0 away victory against Newcastle on October 20, 2018. To date, Kayal has made 131 appearances for Brighton in all competitions over 4.5 seasons, scoring 5 goals and providing 10 assists.

The shirt, worn and signed by Kayal, comes directly from the club with a COA and was bought in an auction as part of the Premier League`s annual poppy appeal. This is my first poppy shirt and a beautiful one at it; soon after I got my second poppy shirt, a Tamir Cohen Bolton 09/10 shirt. I also have Kayal's Brighton home shirt from this season as well. This green away kit was also used in the following 2019/20 season, but Kayal spent it on loan at Charlton. 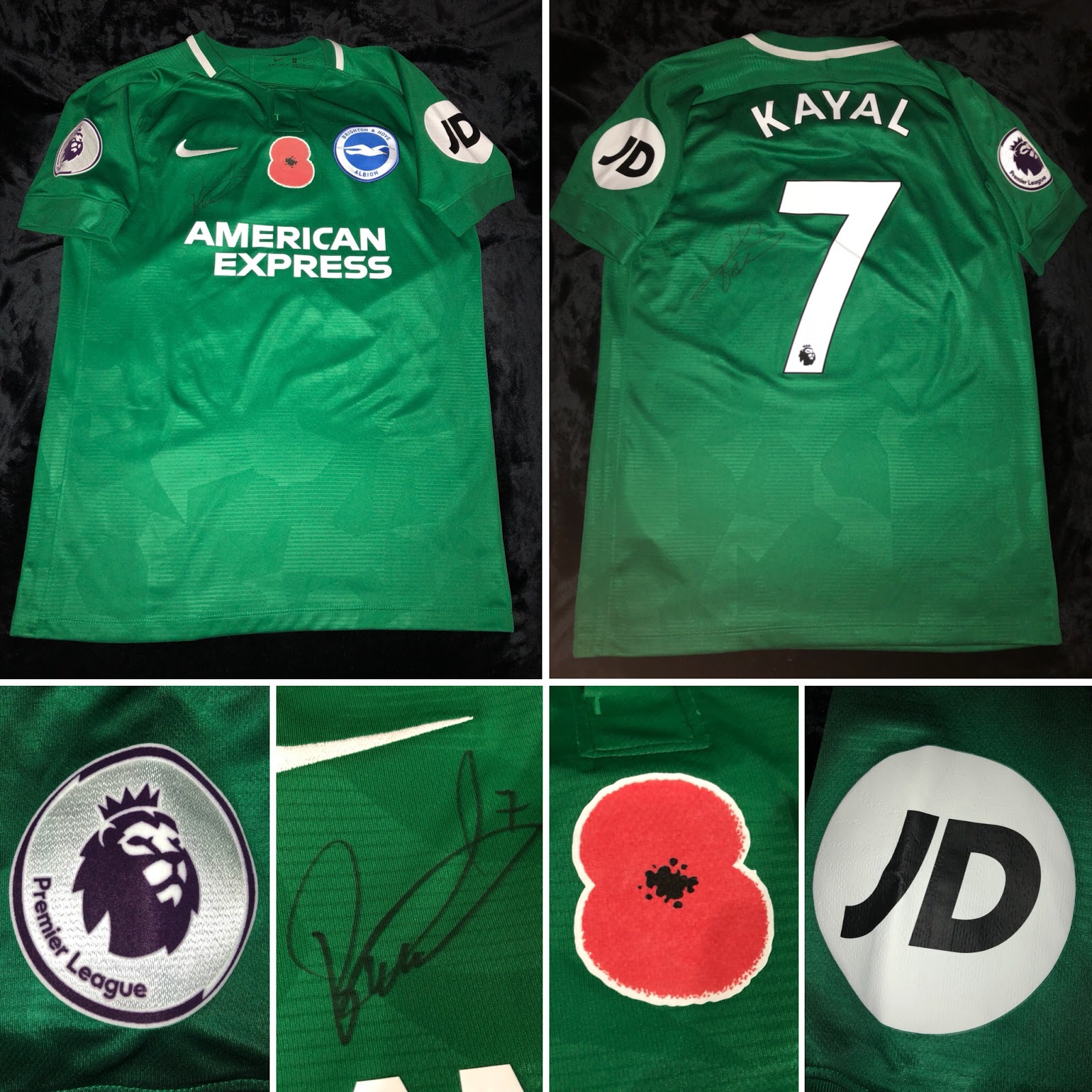