Match worn Bnei Yehuda 2009/10 away shirt, worn by Israeli midfielder Liroy Zhairi #10 in the 2nd leg of the Europa League qualification play-off match against PSV Eindhoven away on August 27, 2009 in Phillips Stadium, Eindhoven. Zhairi came on a substitute in the 78th minute as Bnei Yehuda lost 1-0 (2-0 on aggregate) and was eliminated. This was Bnei Yehuda's most successful European campaign ever, only their second ever (previously knocked out of the UEFA Cup qualifiers in 2006/07 after only one round and without scoring a single goal), as they made it to the very last qualification round.

Zhairi, who is a Bnei Yehuda youth team product, started in 5 of the other 7 qualifiers during the campaign, scoring one goal against Dinaburg Daugavpils in the 2nd round. Bnei Yehuda had a very successful season overall; apart from the deep Europa League run, they finished 4th place in the league and reached the Israeli State Cup final, losing out to Hapoel Tel Aviv. Zhairi played for the club from 2006 until 2011, when he left abroad to Belgium, signing for KV Mechelen; he would later return for one more season in 2013/14.

Beautiful in its simplicity, this shirt is also very rare as it was the only match during the Europa League campaign in which the black away kit was used. 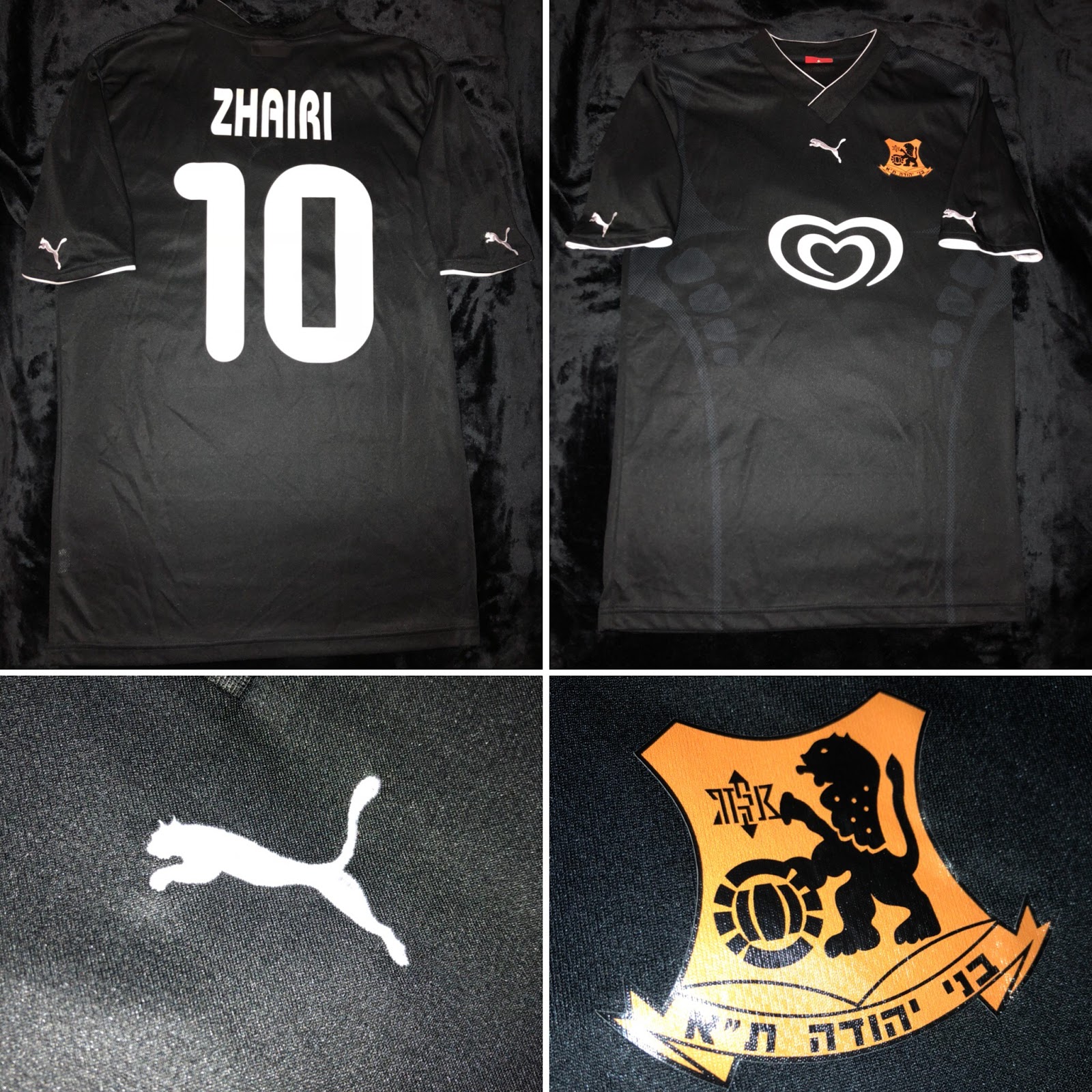