Liverpool 2008/09 match worn home shirt, worn by Israeli midfielder Yossi Benayoun #15 in the Premier League against Fulham on April 4th, 2009, in which Benayoun scored the winning goal deep in extra time (92') to keep Liverpool's title hopes alive. Benayoun is considered by most as the greatest Israeli player of all time, most certainly with the best career abroad in Europe. This was the second of his three seasons with Liverpool, with him scoring 8 goals in 32 appearances in the league (9 goals in 42 appearances in all competitions), after which he left to Chelsea. This shirt designed was also used in the following 2009/10 season as well. 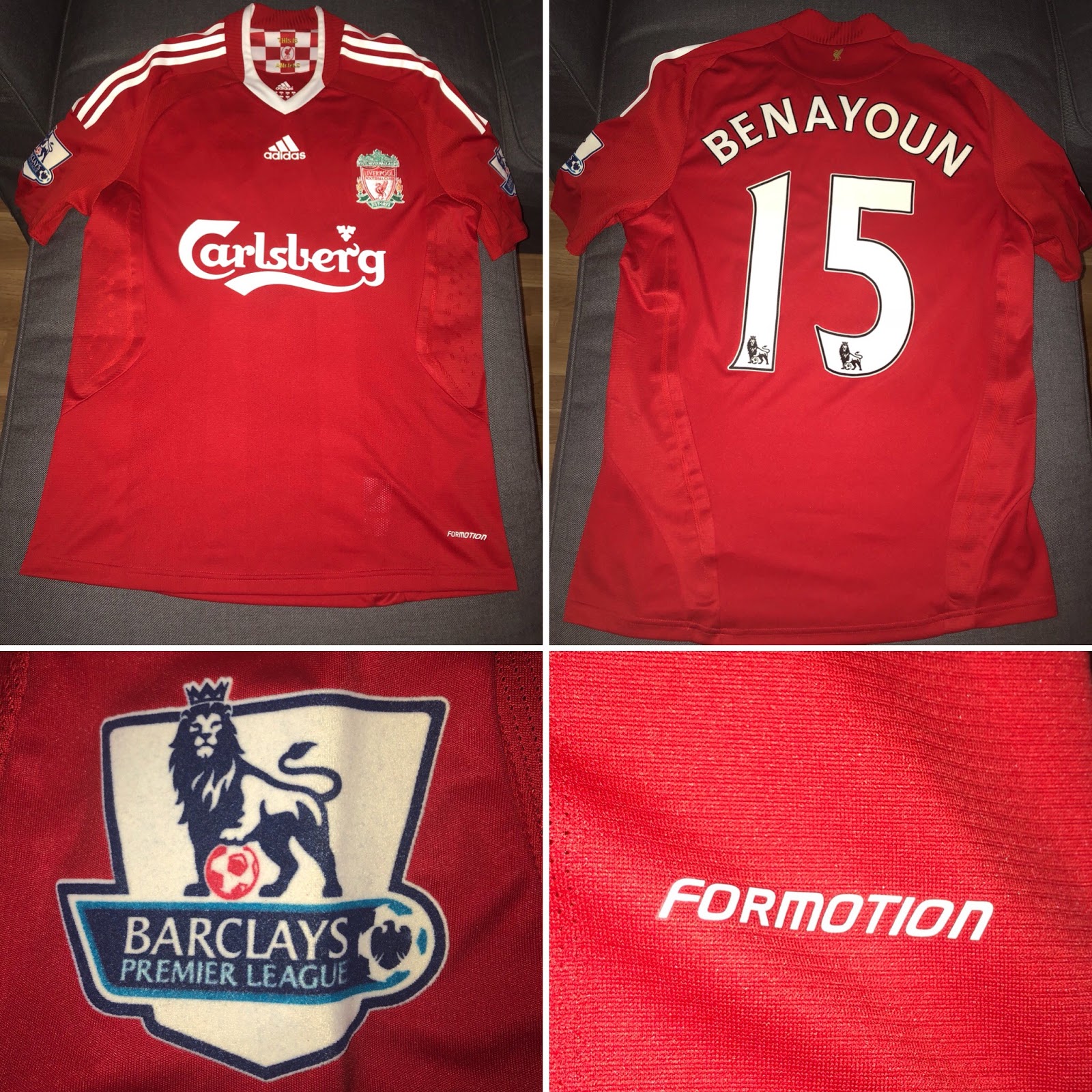