Eintracht Frankfurt 2017/18 third kit, match worn by Israeli left back Taleb Tawatha #33 in the away match vs. Hertha Berlin on December 3, 2017. Taleb was substituted in for Ante Rebic in the 88th minute, as Eintracht went on to win 2-1. Taleb made 15 appearances during the season as Eintracht went on to shockingly defeat Bayern Munich in final of the DFB-Pokal, securing a berth in the Europa League for 2018/19 (Tawatha was unused substitute during the final). I also have a home shirt of his from this season as well. This shirt is also currently being used as the third kit in the following season, 2018/19. 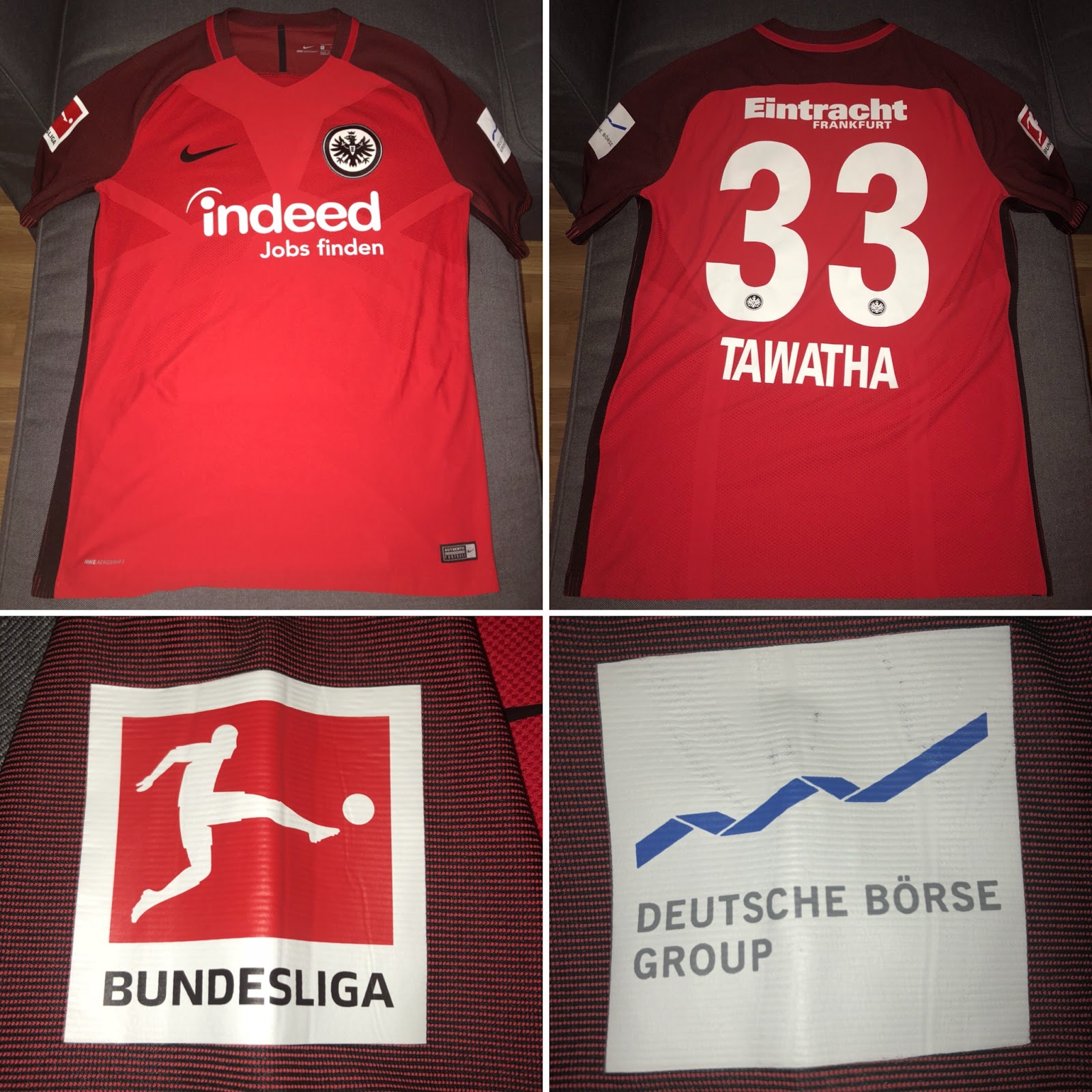