CSKA Moscow 2017/18 third kit, match issued to/worn by Israeli midfielder Bibras Natcho #66. This season was the last of Natcho's 4 seasons at CSKA, with him making 44 appearances and scoring 5 goals, including in a Champions League qualifier against AEK Athens. CSKA managed a strong European run this season, finishing 3rd in their Champions League group and then in the Europa League eliminating Red Star Belgrade in the Round of 32 and final hosts Lyon in the Round of 16, before being knocked out by Arsenal in the quarter finals after two impressive legs.

I personally find this one of the nicest CSKA shirt designs in recent years, with a glossy horse outline embedded on the front of the shirt. The same design was also used for the away shirt in the previous season, 2016/17. I also have Natcho's match worn away shirt from the Champions League group stage match vs. Basel away and a match issued/worn away shirt from the Europa League Round of 16 match vs. Lyon at home, completing a perfect set of each of the three kits and each of the three major competitions played in in the 2017/18 season. 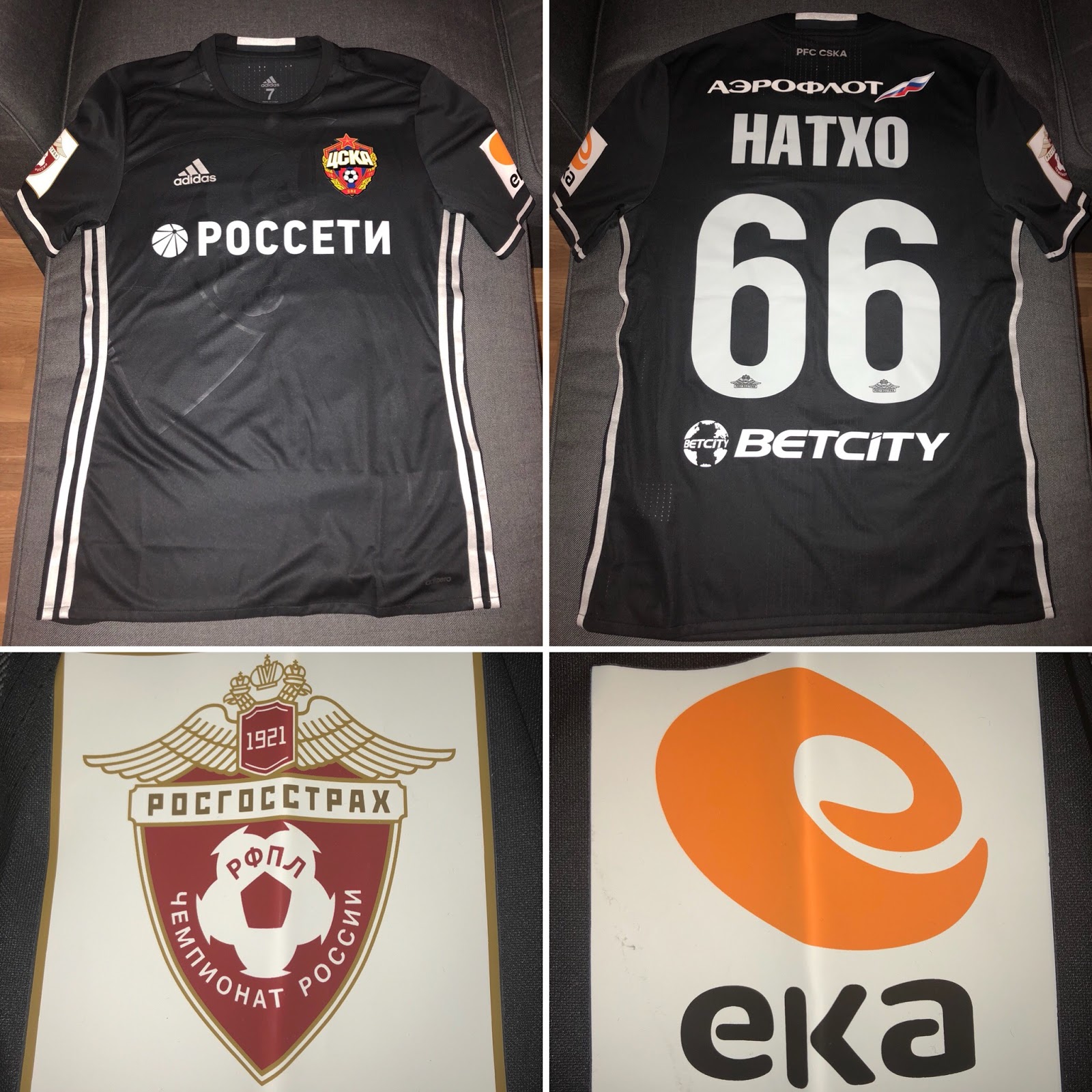