Match issued/worn Maccabi Haifa 2004/05 home shirt of Israeli defender Ori Uzan #27 from the second leg of the Champions League third round qualifying match against Rosenborg at home on August 24, 2004 in Ramat Gan Stadium. Having lost the first leg 2-1 away, Maccabi was leading 2-1 and took the match to extra time, however lost 3-2 in the end and did not advance. Uzan, who signed for Maccabi in the beginning of the season, played the full 120 minutes in this match. His stint at Haifa was not very successful as this was his only season at the club, being loaned out next season and then sold. 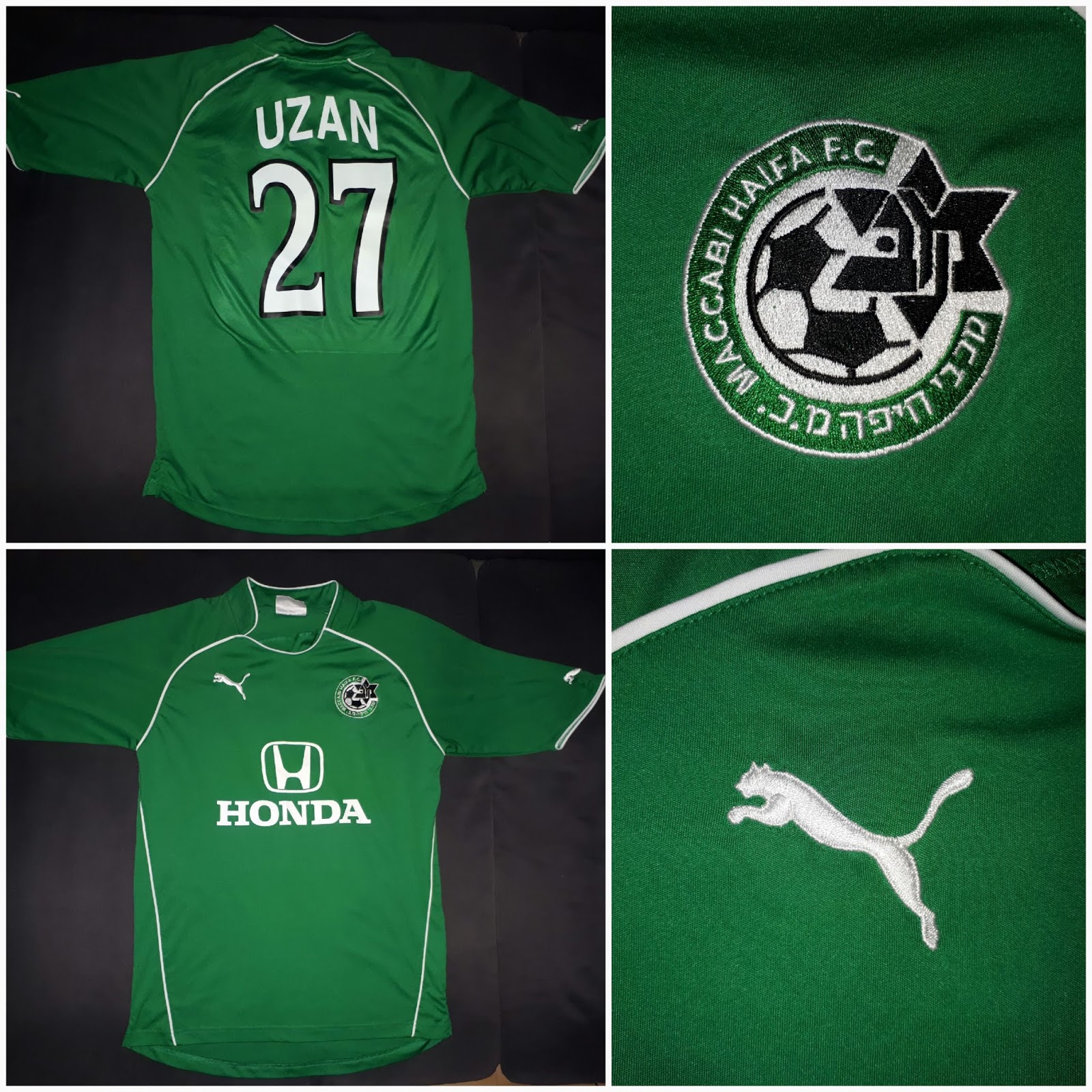