Israel 2016/18 home shirt issued to/worn by attacking midfielder Lior Refaelov #10 in the home World Cup 2018 qualifier against Albania in Haifa on June 11, 2017, which Israel lost 0-3. Refaelov started the match and was substituted after 57 minutes, in what was probably Israel's worst match in this qualifying campaign. As with most (but not all) shirts worn during the campaign, it features match details. Also received the matching shorts from this match, meaning it's my first and only full match issued/worn set. 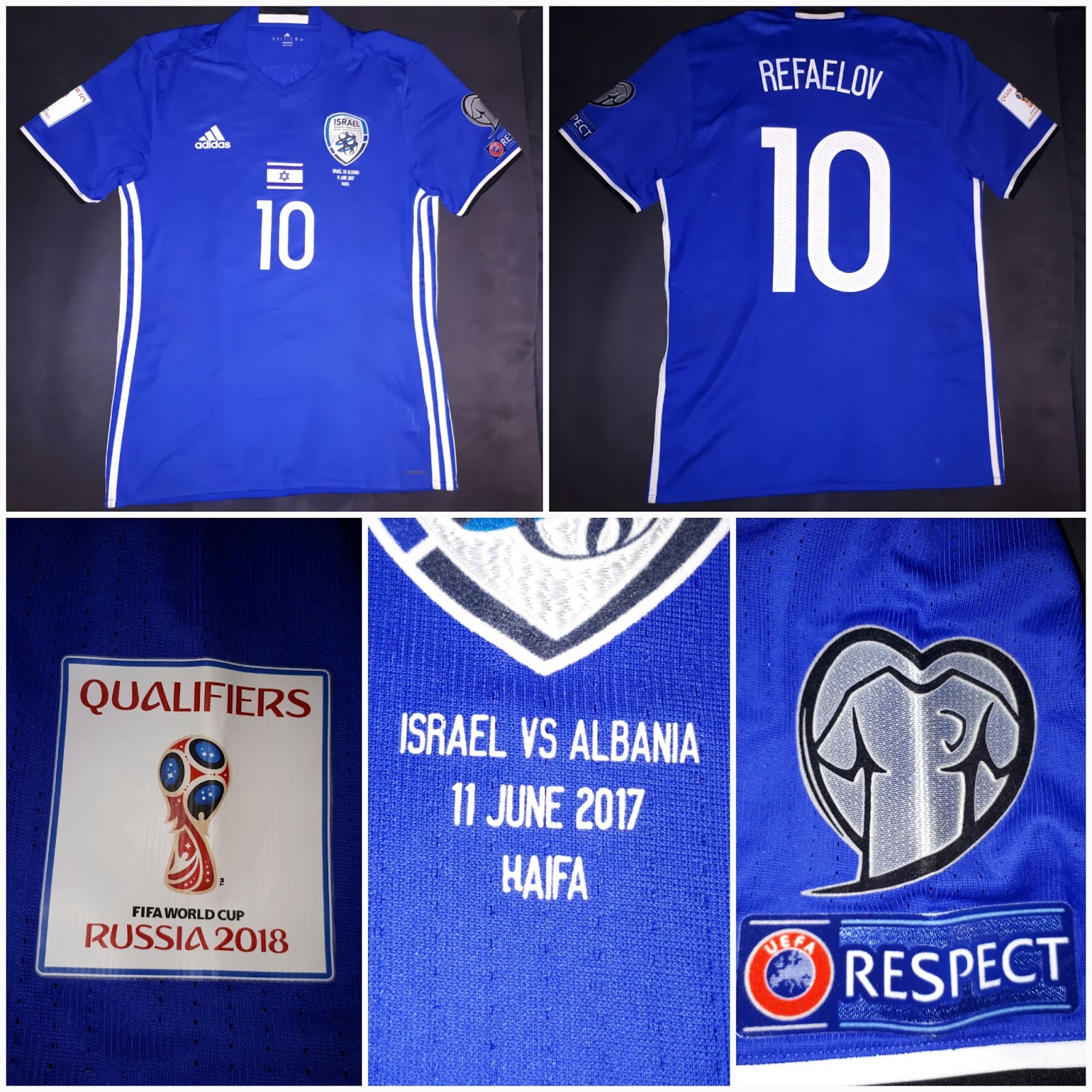