Match issued/worn Israel 2012/12 home shirt from a Euro 2012 qualifier match, issued to a #2 during the campaign, which was one of Israel's worst in recent memory. I'm not certain on which match it's from or which player's shirt it was, but potentially Yuval Shpungin. 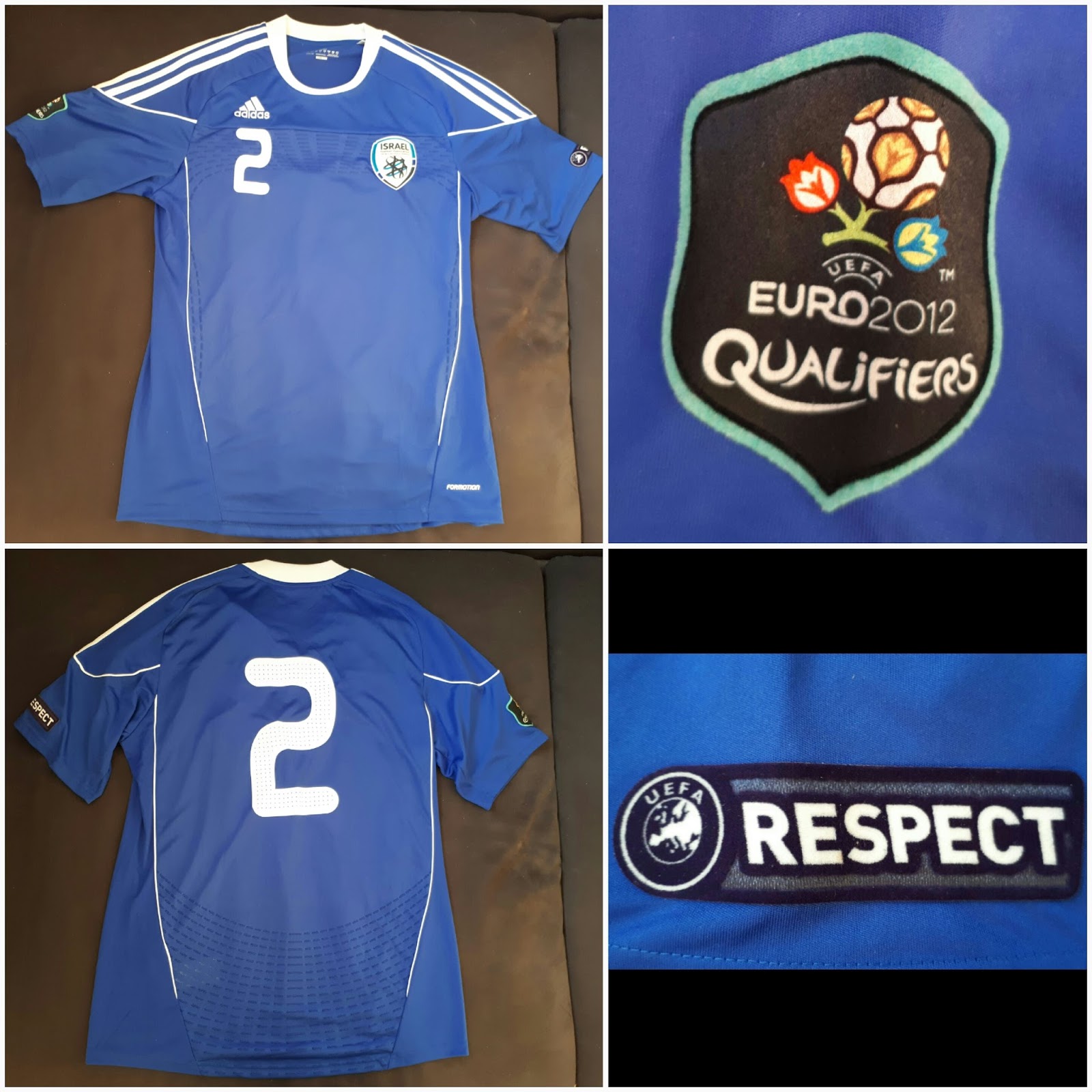