Rubin Kazan 2013/14 away shirt, match issued to/worn by Israeli midfielder Bibras Natcho #66 for one of the team's three Europa League group stage away matches (vs. Maribor, Wigan, and Zulte Waregem). Bibras' 4 years in Kazan were the most successful of his career as he was a key member of the team and shared many successful European campaigns. He was referred to as one of the best foreign players in the league and was in the list of 33 best players in the Russian League in the 2011/12 season. While Rubin comfortably topped their group, with Natcho netting 3 times in the process, he left the team during the winter break for PAOK, before returning to Russia with CSKA Moscow the following summer.

Design wise, this is my absolutely favourite Rubin shirt from Natcho's spell there. 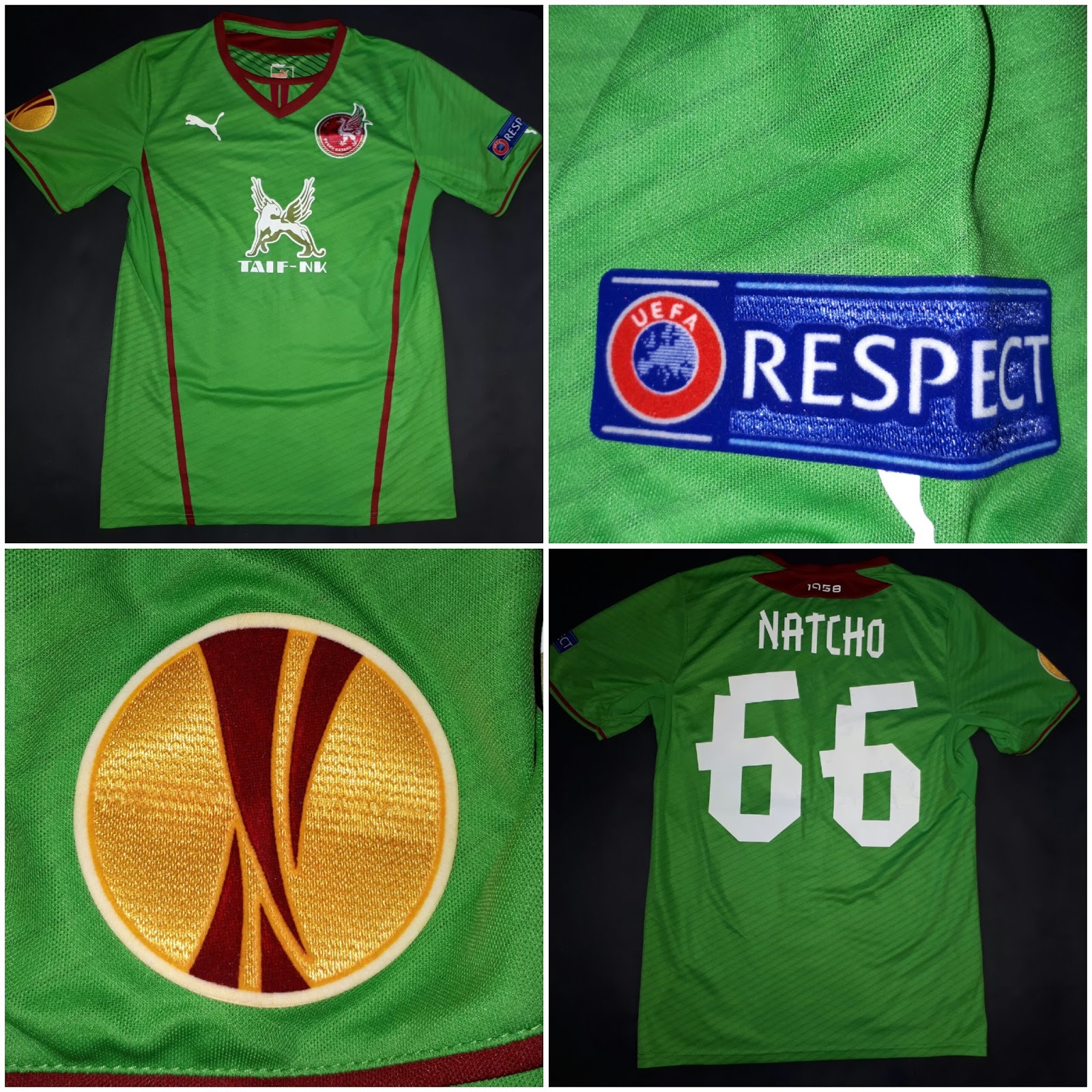 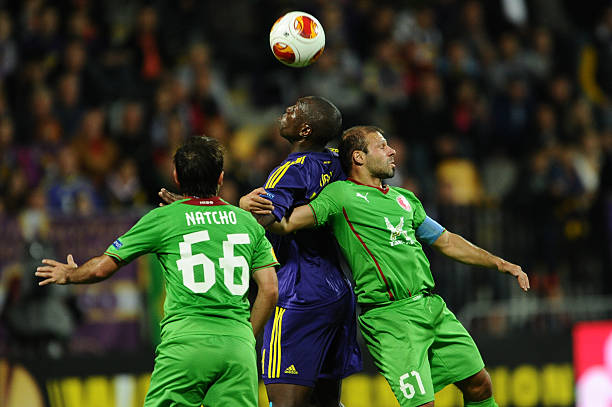 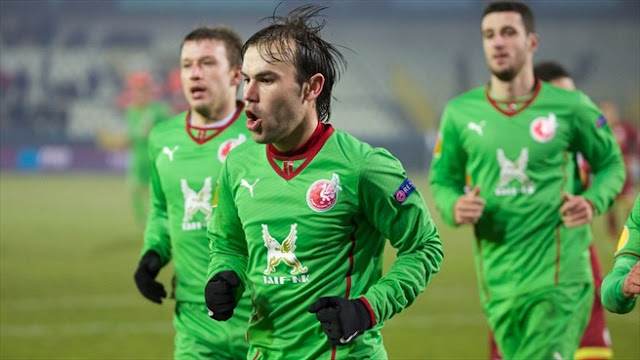