Match worn Ingolstadt 2017/18 away shirt, worn by Almog Cohen #8 in the away win against Union Berlin on 15/12/2017. Almog played the full game and played an important role in the win as he won a penalty in the 77' minute, from which the winner was scored. After four seasons with the #36 shirt, Almog switched to the #8 shirt this season following the departure of Roger.

This away kit design had also been used in the previous season, and I have one of those as well. While the kit remained the same, the 2. Bundesliga patch is new (previously all 1. and 2. Bundesliga teams wore the same patch) as is the new club-dependent sleeve sponsor - Audi Schanzer in Ingolstadt's case - which replaces the standard Hermes patch that all Bundesliga teams wore. The shirt is unwashed and dirty (from when Almog was fouled in the box for the penalty), given to me personally by Almog after the match. 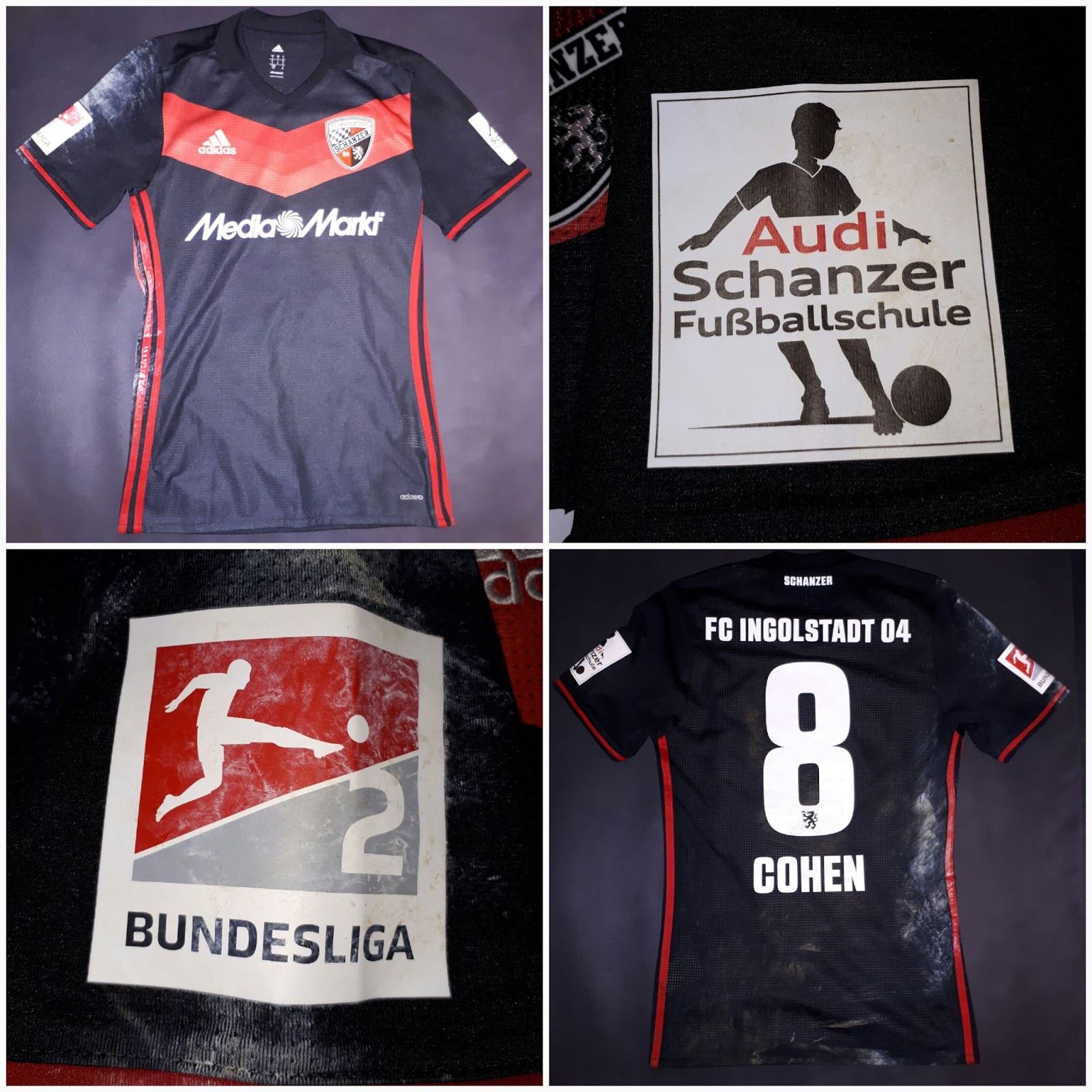