Match worn 2008/10 Israel away shirt, worn by center back Dekel Keinan #13 in a World Cup 2010 qualifying match. Keinan played the majority of this disappointing campaign, always as #13. The shirt comes directly from an Andorra national team player. Keinan had his favourite #13 shirt for 9 of the 10 matches in this campaign; in the only match he wasn't in the squad, the blue home shirt was used. This was the first adidas Israel away kit, having taken over as Israel's kit manufacturer from Puma in 2008, as well as the first kits featuring the new, redesigned IFA badge. 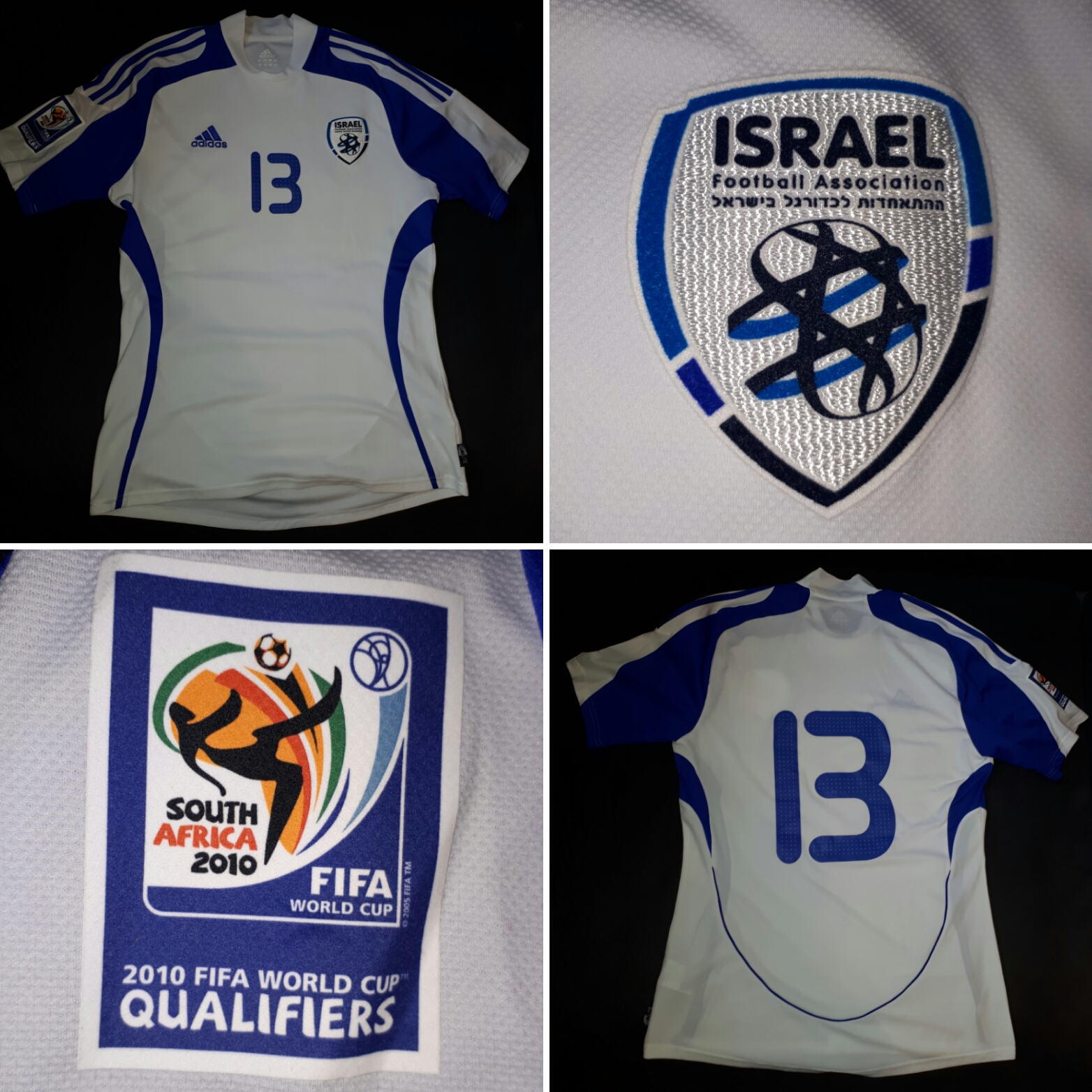