Match worn Maccabi Haifa 2009/10 away goalkeeper shirt, worn by legendary Israeli goalkeeper Nir Davidovitch #1 in the Champions League away match vs. Bordeaux in Stade Chaban-Delmas on September 30, 2009. Davidovitch started and played the full match as Maccabi Haifa lost 1-0. This was the second and last time that my beloved Maccabi played in the Champions League group stage, having been the first Israeli team to ever do so when they qualified in the 2002/03 season.

A product of the Maccabi Haifa youth academy, Davidovitch would go on to become a one-club man and spend his entire career at the club, from 1994 to 2013, becoming an icon and a legend of the club. He made a total of 536 appearances in all competitions, of which 386 in the Israeli League, winning the Israeli League 7 times, the Israeli State Cup twice and the Israeli League Cup 3 times. In the 2003/04 season, he was voted the player of the season in Israel as Maccabi Haifa won the league. He also played 51 times for the Israeli national team.

2009/10 was one of Davidovitch's best seasons. Although Maccabi Haifa ultimately finished 2nd in the league, he made 49 appearances in all competitions. In the league, he conceded only 16 goals in 35 matches (0.46 goals per game), one of the lowest ratios ever in Israeli football. He was an integral part of this Champions League campaign, being one of five players to start in all 6 group stage matches (the other four being Tsepo Masilela, Dekel Keinan, Eyal Meshumar and Vladimer Dvailshivili), one of two players (together with Keinan) to play every minute of the group stage, and the only player to play every minute of the full campaign, including the qualification matches (12 matches in total).

The shirt was swapped by Davidovitch after the match with Bordeaux goalkeeper Cédric Carrasco. In 5 of the 6 group stage matches Davidovitch wore the main pink GK kit and only in this one match he wore this alternate grey version, making this shirt extremely rare. This is a very special shirt for me personally, and one of the rarest shirts I own. I also have two match worn shirts from the reverse fixture against Bordeaux at home: Eyal Meshumar`s and John Culma`s. 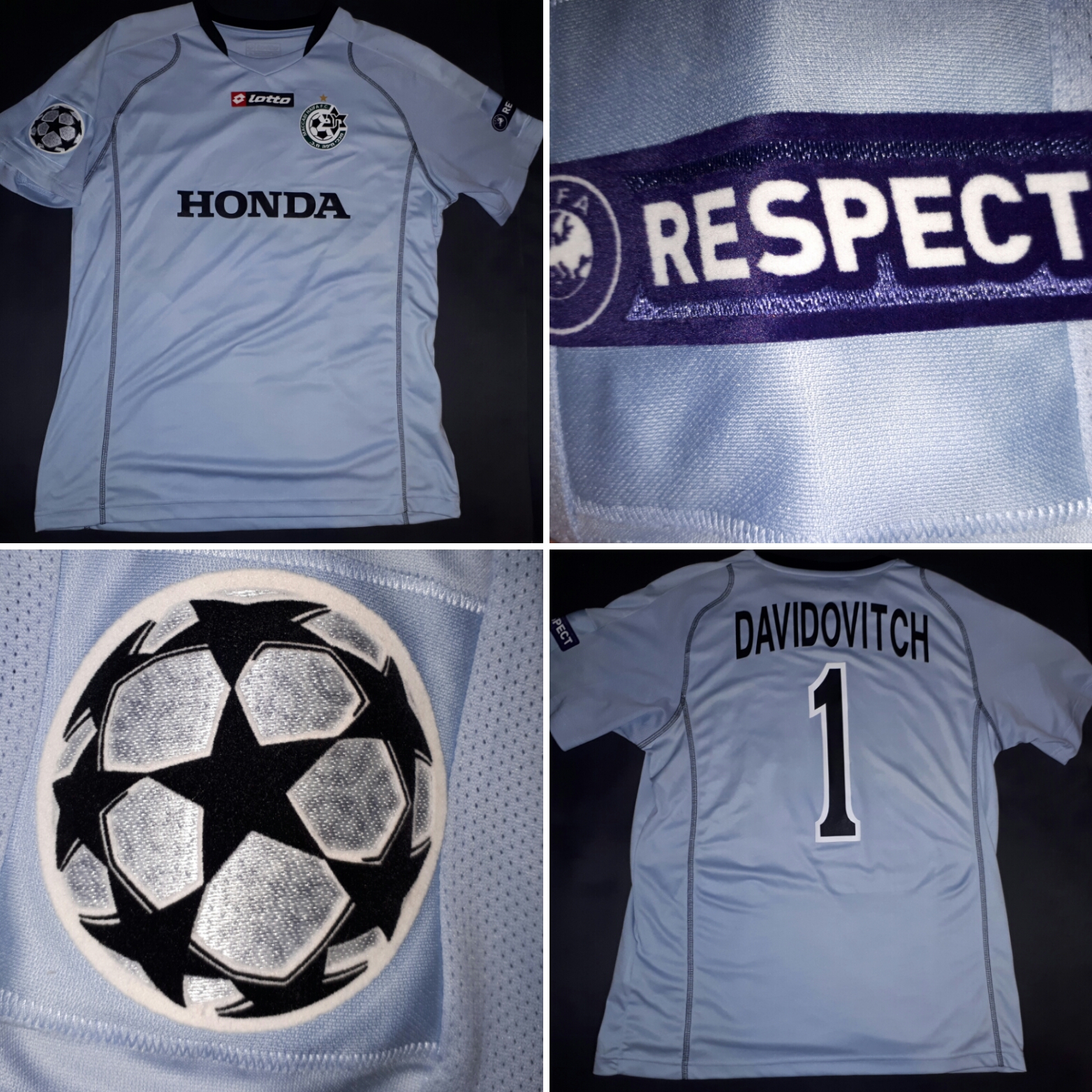