Israel 2016/18 home shirt match issued to Rami Gershon #5 for the World Cup 2018 qualifier at home vs. Italy on September 5, 2016 at Sammy Ofer Stadium in Haifa, Israel. This was the first match in which this beautiful new adidas was played in. Gershon came off the bench in the second half of the game as Israel lost 3-1 in the first match of the campaign.

This match was also a historic event for me as an Israeli shirt collector - it was the first match in which the Israel team had match details on their shirts. However, only the primary shirts used by the players had them, while the spare/backup ones didn't, which is how I know this one was issued and not worn. Finally, after so many years, we joined the ranks of nations that played with match details, meaning it was now possible to easily identify which match a shirt was from. To my great annoyance, for whatever reason MDT were only used alternately throughout the remainder of the campaign (ie. not in every match). 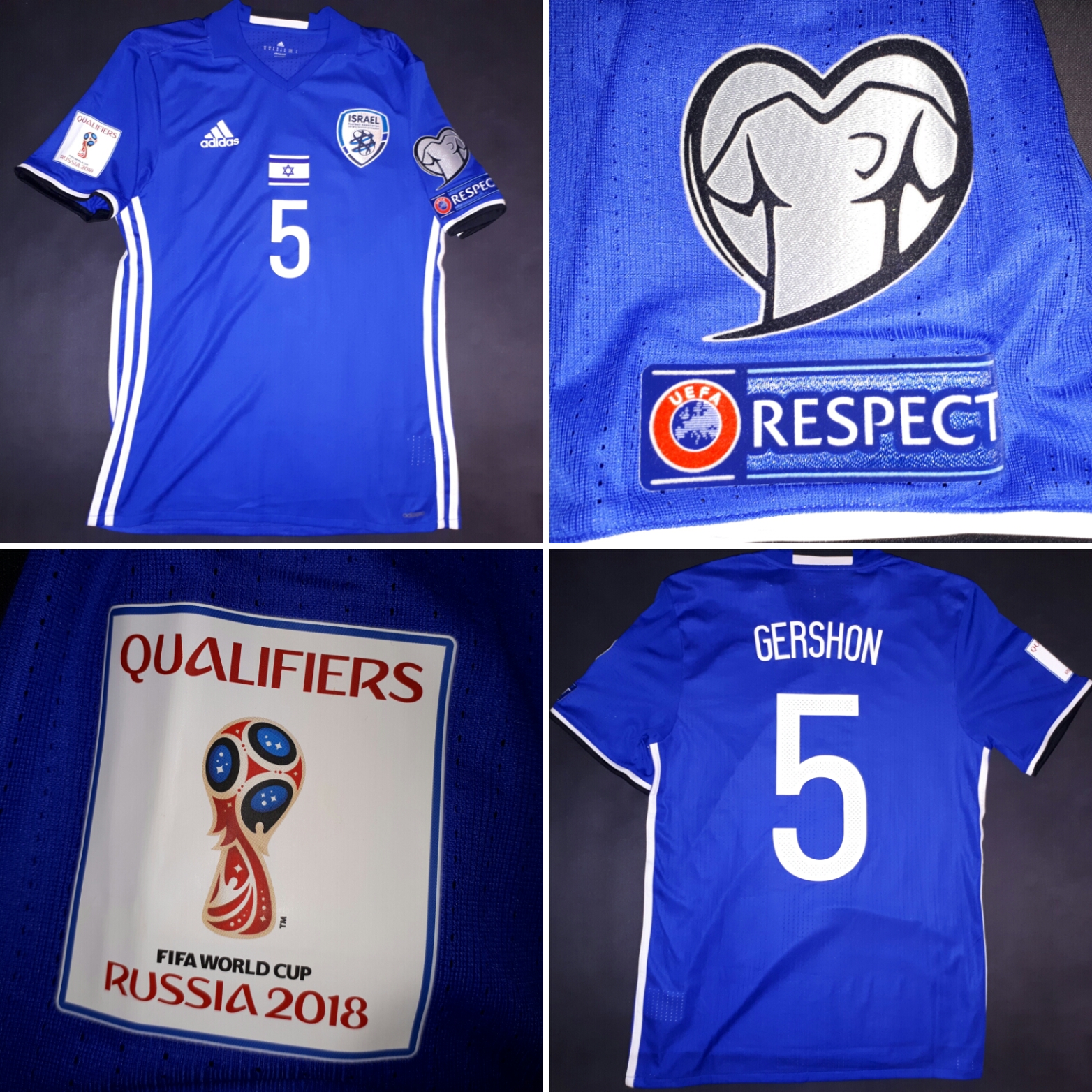