September 19, 2017
Match worn/issued Israel home shirt from the Euro 2008 qualification campaign, issued to/worn by defensive midfielder Gal Alberman. I believe he was the only one to don the #19 in the Euro 2008 qualifying campaign. Interestingly, this was the only qualifying campaign where the same design for the sleeve patch was used in both the qualifiers and in the final tournament. 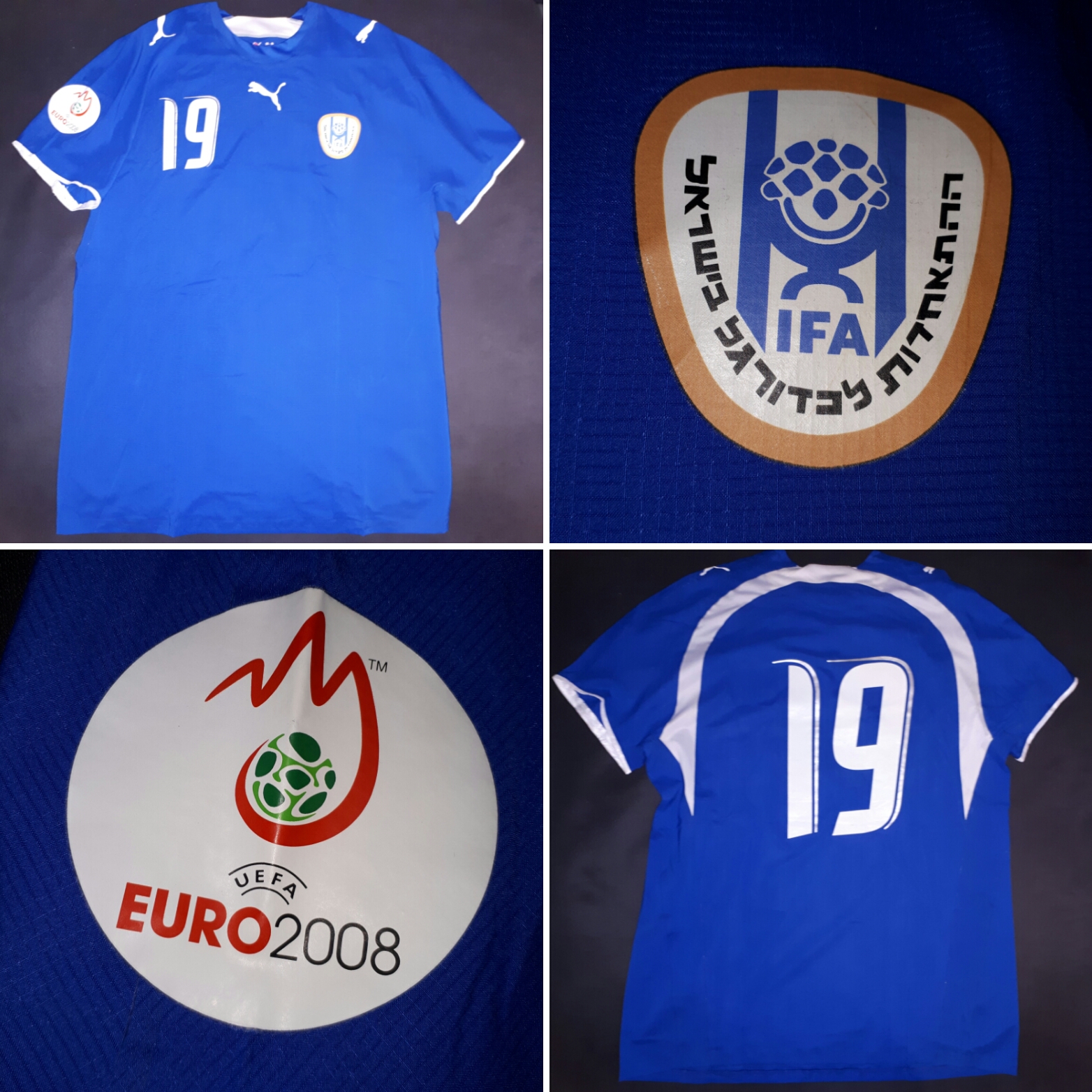