Away shirt worn by Almog Cohen #8 in the World Cup 2018 qualifier away vs. Italy in Reggio Emilia on September 5, 2017, and given to me by Almog straight after the match. Dirty and unwashed.

For some odd reason, the design of the white away shirt was changed during the campaign, from the stripes being on the shoulders to the stripes running down the sides, and this was the first match in which the "facelifted" design was used. I actually did not even notice the change until a buddy pointed it out.

Strangely, the match details for this match were printed as a sticker with text on a white background, giving it a very amateur-ish look. I later found out that they originally printed on the shirt the match details for the home match against Macedonia (which took place just a few days earlier), as it is visible from the inverse of the shirt, implying they originally planned to play against Macedonia in this white kit, but later decided to play in the blue home kit. 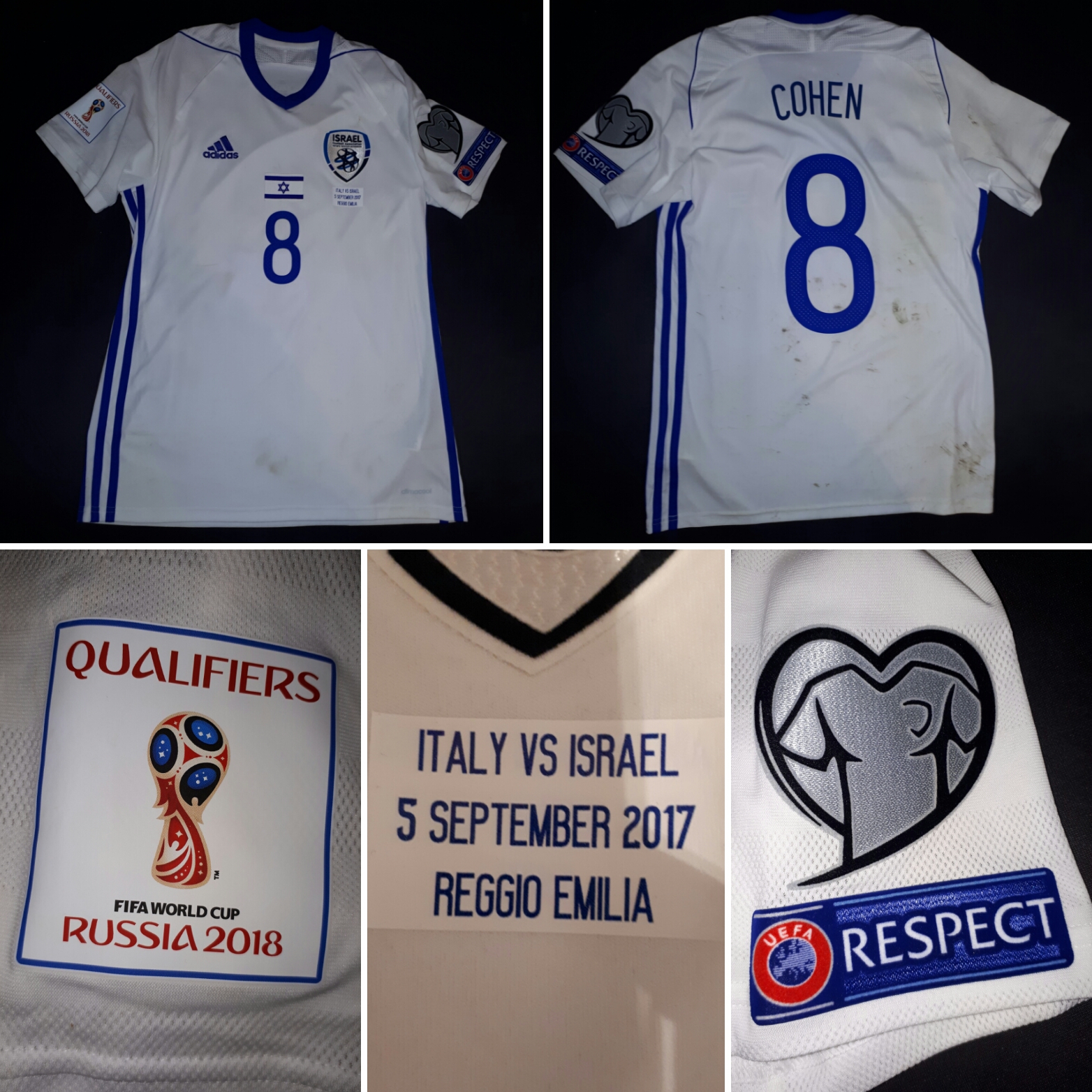