The design of the white away kit changed towards the end of the World Cup 2014 qualification campaign for some reason, and this new design was used in 3 of the last 4 matches, while the blue home kit remained unchanged. This shirt design was actually used for a rather long time, over two years (August 2013 - October 2015), though the print font changed for the next campaign (Euro 2016 qualification). 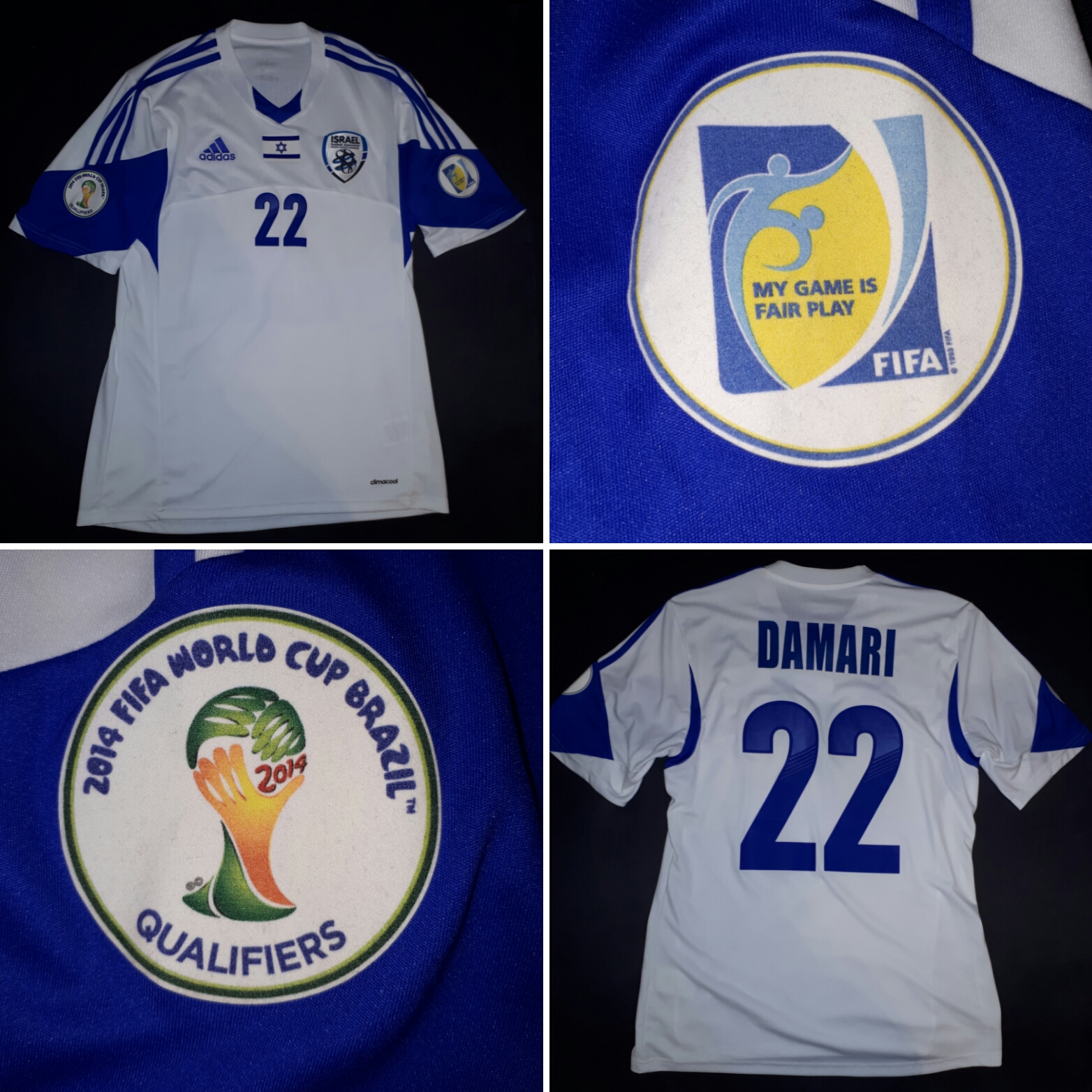