Long sleeve away shirt from the 1998-2000 period, during which the Euro 2000 qualification campaign took place, issued to/worn by a #16. This kit was used throughout the whole qualification campaign. Of course there were no patches in those days so it is not possible to tell if it was worn in a friendly or competitive match. What is of note is that in those times the players that started a match wore shirts number 1-11, with substitutes wearing numbers 12 and up, meaning this shirt is from a substitute player. While I concentrate on shirts from recent years as they have patches, names, and most recently even match details, I do appreciate some of the older shirts as well, such as this.

This kit reminds of both the highs and lows of the Israel national team: they did very well in the qualification, finishing in 2nd place behind Spain and achieving a historic play-off spot for the first (and so far only) time since joining UEFA in 1992, including a famous 5-0 win against Austria, considered one of Israel`s greatest wins ever. However, they were then thrashed 8-0 on aggregate by Denmark in the playoffs - 5-0 in the first match in Israel and then 3-0 in Denmark. The first match was extremely scandalous as after the match it was discovered that the Israeli team spent the night before the match partying with prostitutes in their hotel. 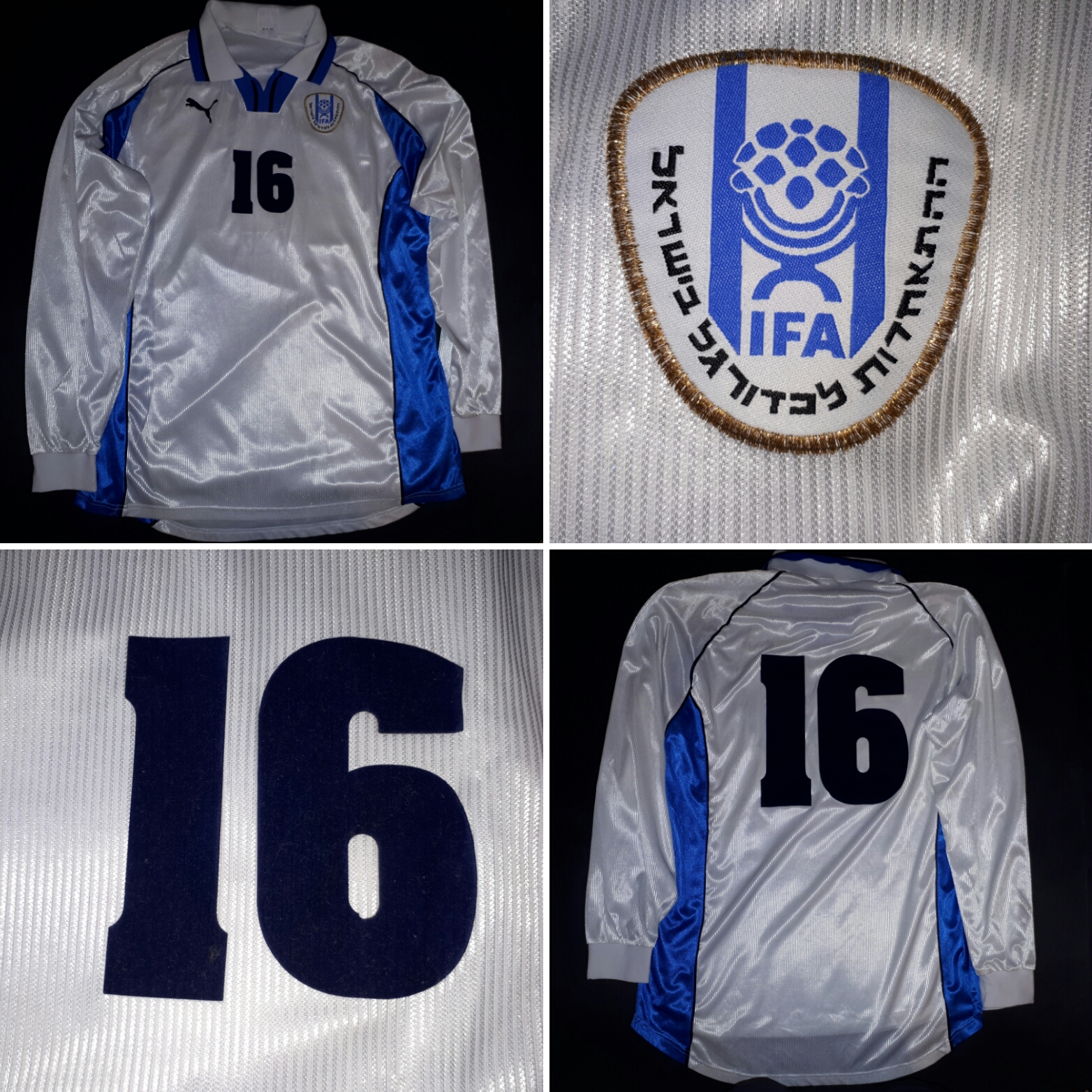