FC Ingolstadt 04 home shirt from the 2016/17 season, match worn by Israeli midfielder Almog Cohen #36 in a Bundesliga match. The shirt is unwashed though not too dirty. This was a very important season for Almog as it was the best season of his career, being a key player in the team and scoring 7 goals in 31 league matches, quite an amazing return for a defensive midfielder. He was arguably Ingolstadt's best player in this season, though all his efforts were not enough to save them from relegation at the end of the season.

I also have a long sleeve version of this shirt. 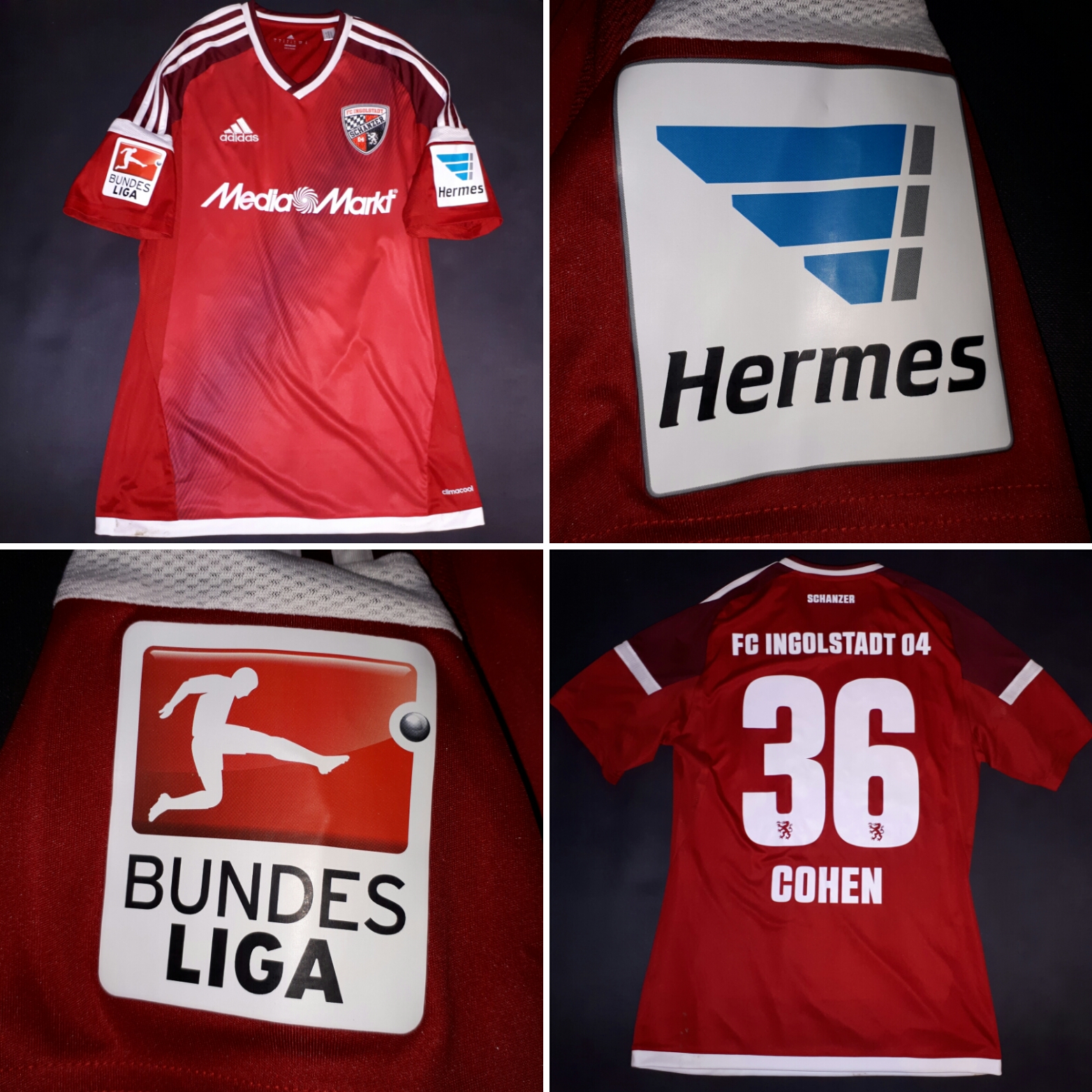