Match issued long sleeve CSKA Moscow home shirt from the 2015/16 season, issued to Israeli midfielder Bibras Natcho #66 for the home match vs. Kuban Krasnodar at home on March 19, 2016. Natcho was not subbed on in this match.

Curiously, this shirt is from a short period of around half a year during which Natcho's name was printed together with his first initial (Натхо Б.), this is because during this time his cousin Amir Natcho was also a member of the CSKA first team (though didn't play at all), and so there was a need to differentiate between the two Natchos. 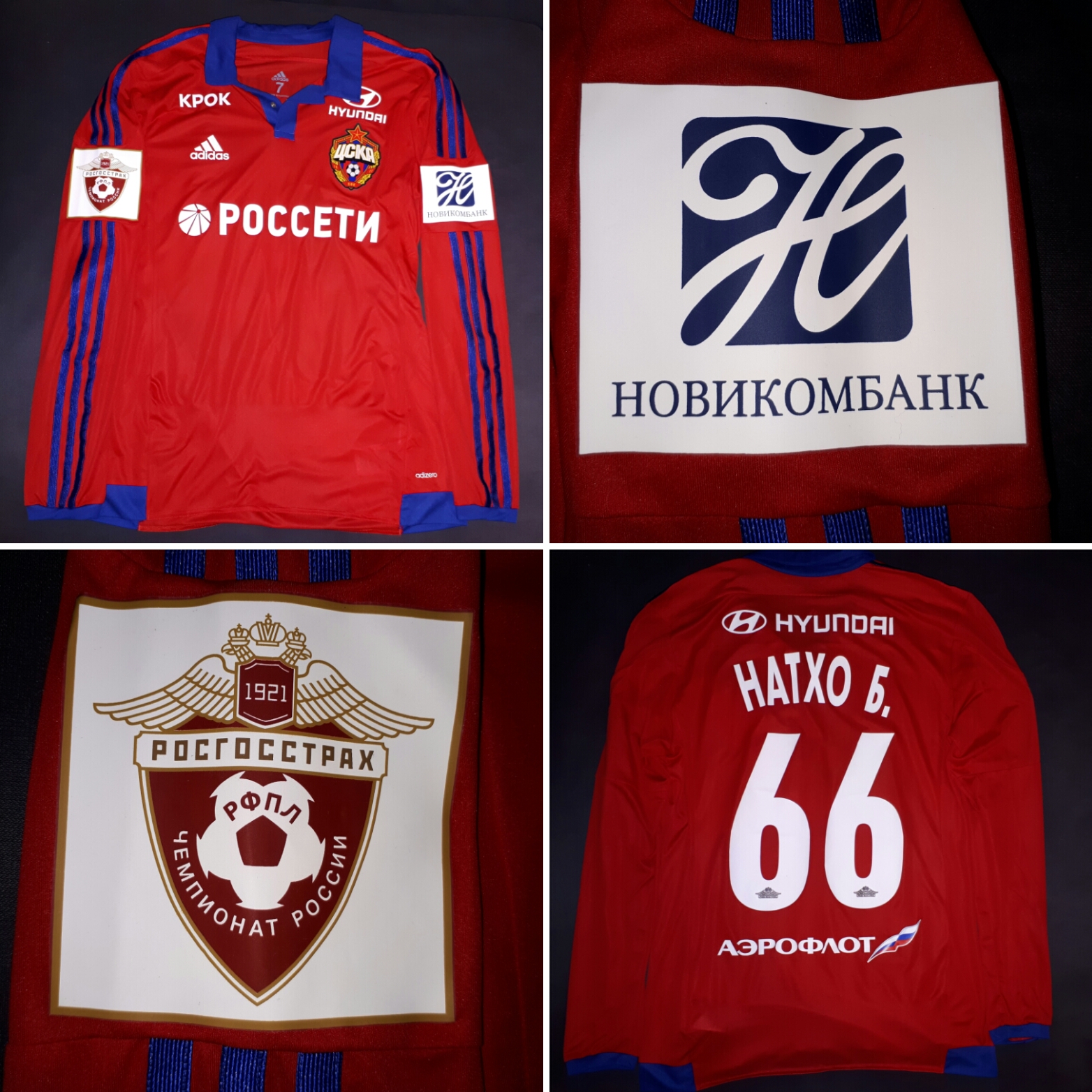