Long sleeve Club Brugge home shirt from the 2015/16 season, issued to Israeli attacking midfielder Lior Refaelov #8 for a Belgian Pro League match. While Lior was injured for a lot of the season, it was still one of the best in his career as Club Brugge finally won the league this season, with him contributing 6 goals in 15 matches. Additionally, he scored in the Belgian Cup final, the second consecutive season he has done so (having scored the cup winner with an amazing volley in added time the previous season), a fantastic achievement for him. Unfortunately, unlike last season, Club Brugge lost the final to Standard Liege. 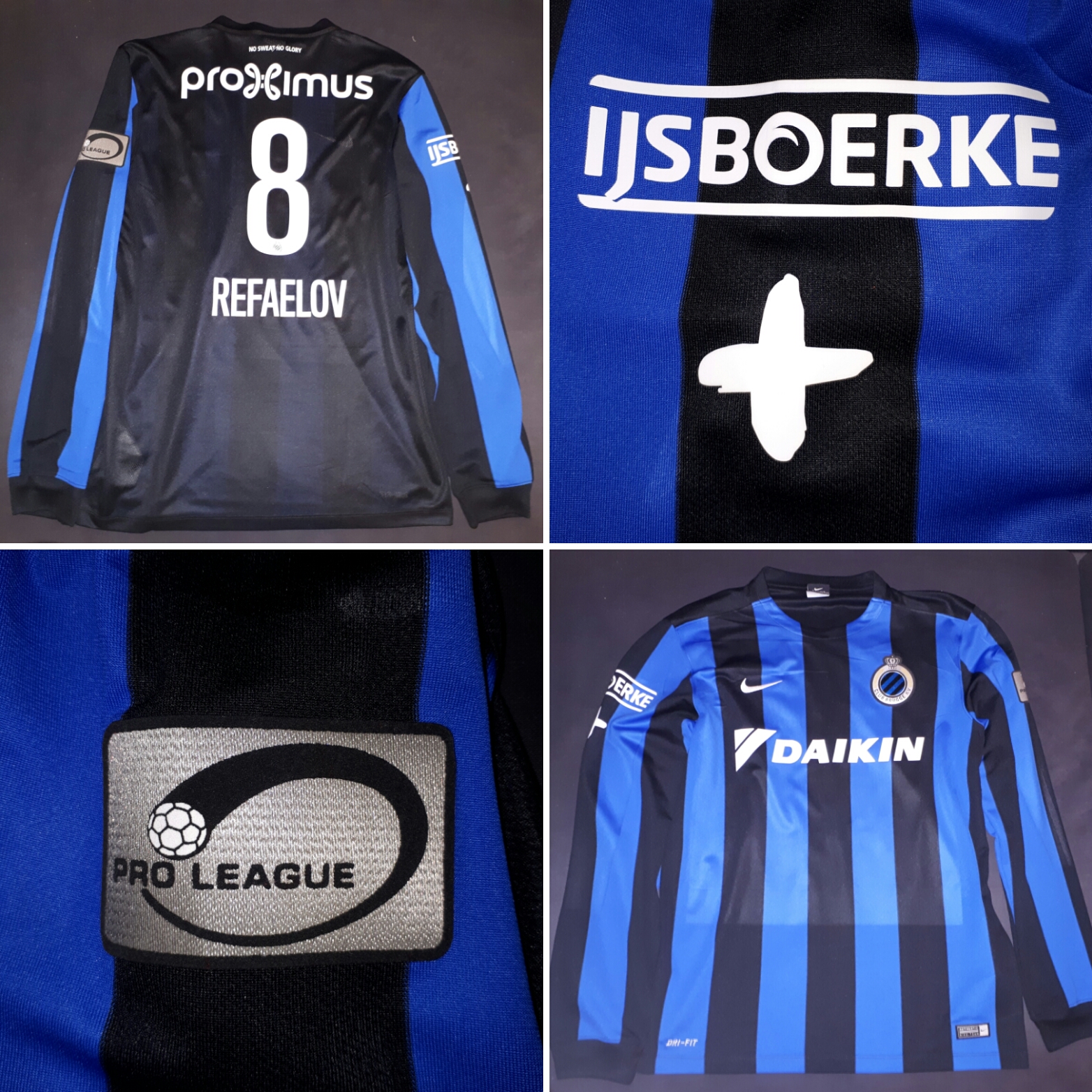